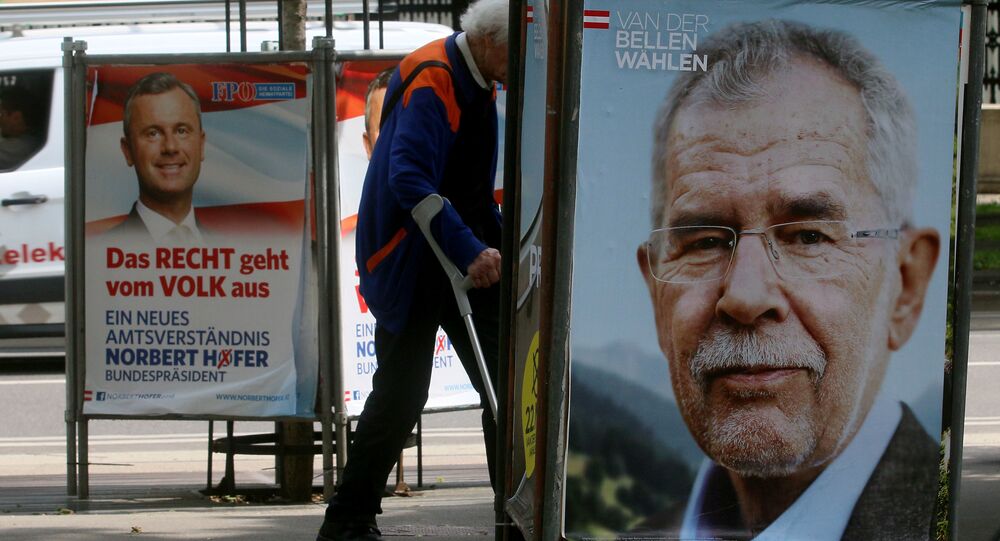 Hofer has already recognized his defeat calling it an "investment in the future" on his Facebook page.

Norbert Hofer from the Eurosceptic far-right Freedom Party of Austria campaigned on anti-immigrant and anti-EU platform. He sharply criticized the EU-Turkey deal aimed at tackling the migrant flow. He also called for introducing further limits on the number of accepted migrants and stricter rules for asylum seekers.

Contrary to Hofer, Van der Bellen, who headed the Green Party from 1997 to 2008, supported caps on migrants introduced by the "grand coalition" government of the Social Democratic Party of Austria (SPO) and the Austrian People's Party (OVP).

The current presidential elections challenged the two-party political system that has dominated Austrian politics for the past several decades with no representative of the SPO and the OVP making it to the second round.

Possible Hofer's Austrian Presidency to Become Victory for All Eurosceptics