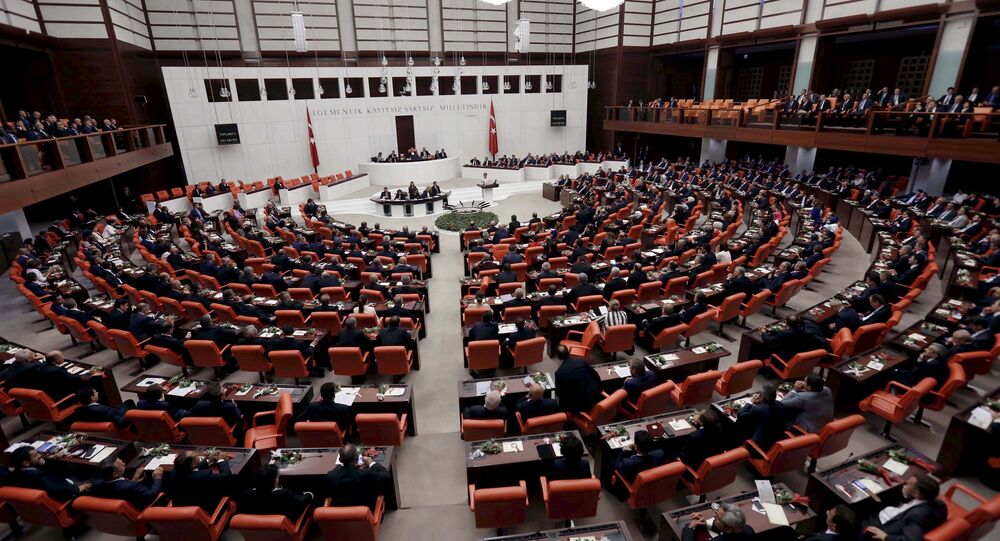 The Turkish Parliament on Friday passed legislation that would allow the removal of immunity from parliament members during investigations into Kurdish activity.

Turkey Prepares to Imprison Kurdish Members of Parliament
ANKARA (Sputnik) – The bill was passed by 376 of the 550 parliament member, which will now require a change in the country’s constitution. The law will now be passed on to Turkish President Recep Tayyip Erdogan for signing.

Once Erdogan signs the bill into effect, 138 lower house lawmakers from all four parliamentary parties will be prosecuted to face 667 criminal proceedings lodged against them, with over 100 of these lawmakers representing the opposition.

The controversial law will most likely cause even more tensions in the country’s southeast.

Severe clashes between the Turkish Armed Forces and the PKK have been arising sporadically in Turkey since July. In November, Ankara launched the anti-PKK campaign in Diyarbakir. A curfew entered into force the following month amid growing violence between the militants and the Turkish military.

Turkish Military Suspects Kurdish Rebels of Downing Helicopter on May 13