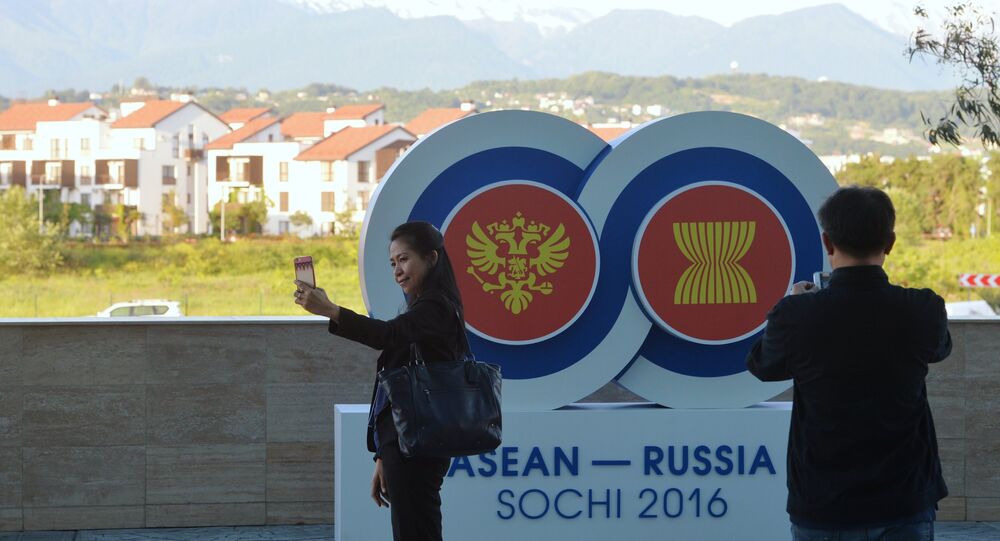 Russia and the ASEAN have drafted a declaration stipulating their intent to bring bilateral ties to a whole new level.

The declaration is expected to be unveiled at the two-day Russia-ASEAN summit underway in the Russian resort of Sochi.

"The Sochi declaration has been prepared, stipulating our common goal of taking the Russia-ASEAN strategic partnership to a whole new level," President Putin said, adding both sides were committed to boosting integration within the Asia-Pacific region to shore up joint economic projects.

ASEAN comprises Indonesia, Malaysia, the Philippines, Singapore, Thailand, Brunei, Cambodia, Laos, Myanmar and Vietnam. Russian President has also been holding talks with nations’ leaders prior and on the margins of the Sochi summit.

U-Turn to the East: Why ASEAN is of Particular Interest to Russia