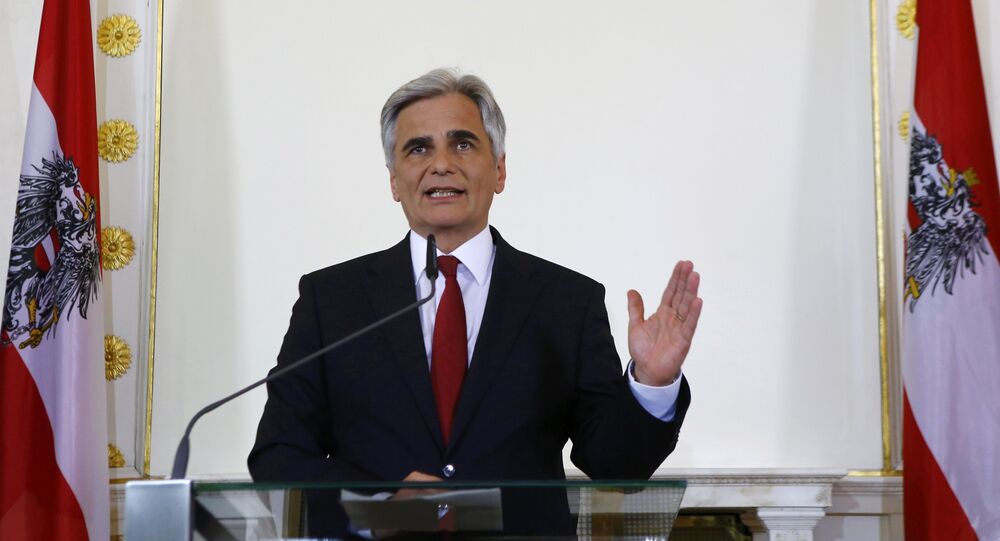 "I am giving up my role as party chief and federal chancellor," Faymann said as he wrapped up a statement on the party’s future and his 7.5-year term at the helm of the Austrian government, according to Austria’s Heute daily.

"I am firmly convinced that this country will be able to cope with its future," Faymann said. "We are a country that I have been honored to serve. Goodbye."

The 55-year-old explained at a press briefing in Vienna that he had lost support of his party, SPO. He had been facing calls for resignation ever since the defeat of his party candidate in the first round of presidential elections on April 24. The runoff is scheduled for May 22.

Austrians Shocked by Results of Presidential Elections First Round