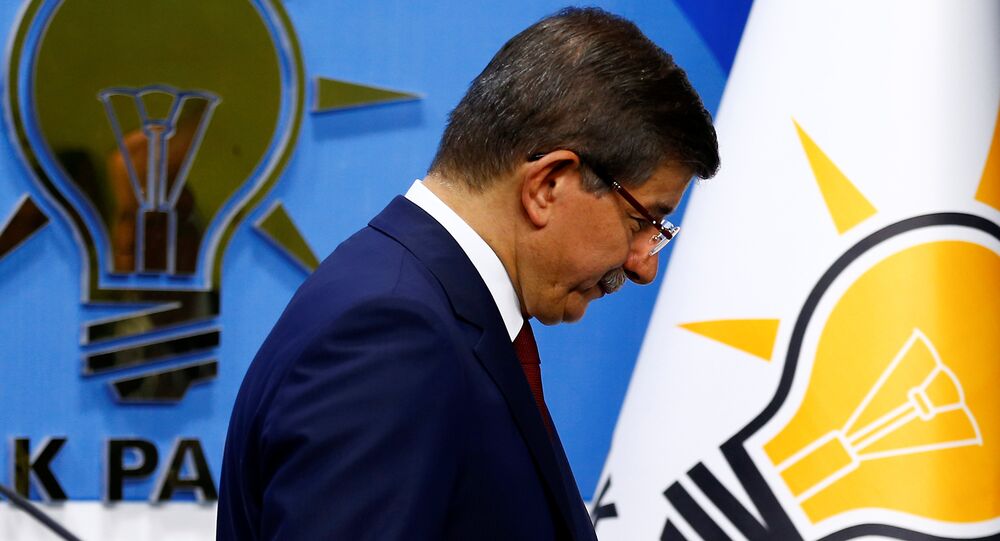 MOSCOW (Sputnik) – Earlier on Thursday, Davutoglu confirmed media reports that he would step down from the post of AKP leader and consequently the post of the country's prime minister after an extraordinary meeting of party leaders scheduled on May 22.

"The palace coup on May 4, should not be perceived as an internal party [Justice and Development Party, AKP] issue. All democratic intellectuals must resist this coup," Kilicdaroglu said adding that the aim of the coup is to pave the way for the dictatorship of President Recep Tayip Erdogan, Turkish Cumhuriyet newspaper reports.

© REUTERS / Umit Bektas
Decision to Vacate Chairmanship of Ruling Party 'Necessity' - Turkish PM
Davutoglu said the resignation was not choice but a necessity because of lacking unity in the AKP leadership. He added that he would be loyal to Erdogan and would not criticize his fellow party members.

Davutoglu was appointed as the country's Prime Minister in 2014. His relations with Erdogan deteriorated because of the president’s wish to gain more power by switching to a presidential system as well as different stances on freedom of speech in Turkey.