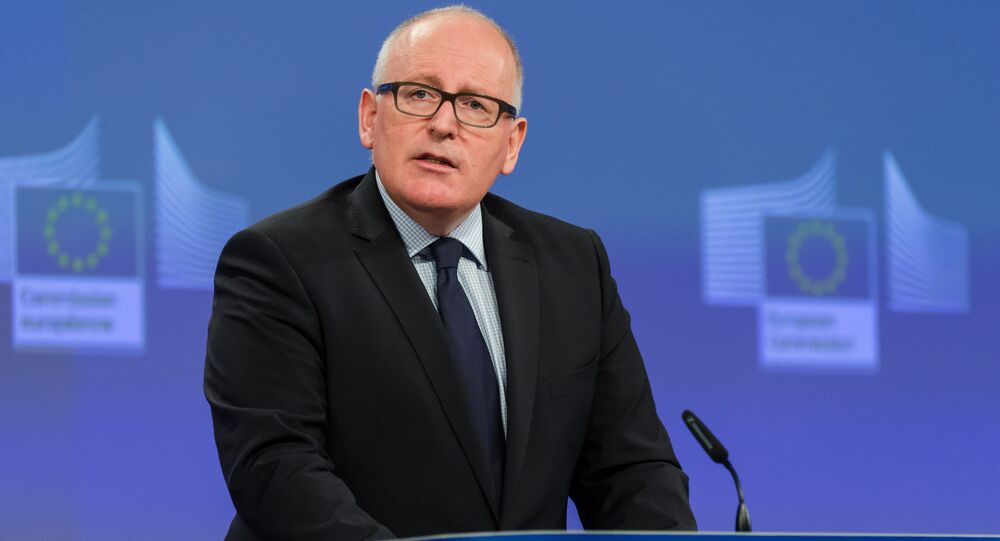 © REUTERS / Wolfgang Rattay
Turkey Visa-Free Deal Has 'Serious Ramifications' on Europe's Security
MOSCOW (Sputnik) — He praised the "impressive progress" that Turkey had done in recent weeks on meeting the benchmarks of its visa liberalization roadmap. A decision by the Commission may come as early as in June.

"We are putting a proposal on the table which opens the way for the European Parliament and the Member States to decide to lift visa requirements, once the benchmarks have been met," Timmermans said in Brussels.

However, Turkey should upgrade until the end of 2016 its citizens' passports to contain biometric data as part of the EU-Turkey deal on migration, Timmermans.

"Another benchmark will be met on the first of June, when the EU-Turkey readmission agreement enters into force. Turkey will be given until the end of the year to upgrade its passports, so that they meet the latest biometric standards," Timmermans said.

The European will not admit any Turkish citizens without an upgraded passport in the meantime, he added.

Visa-Free EU Travel for Turkish Citizens More Possible Than Ever