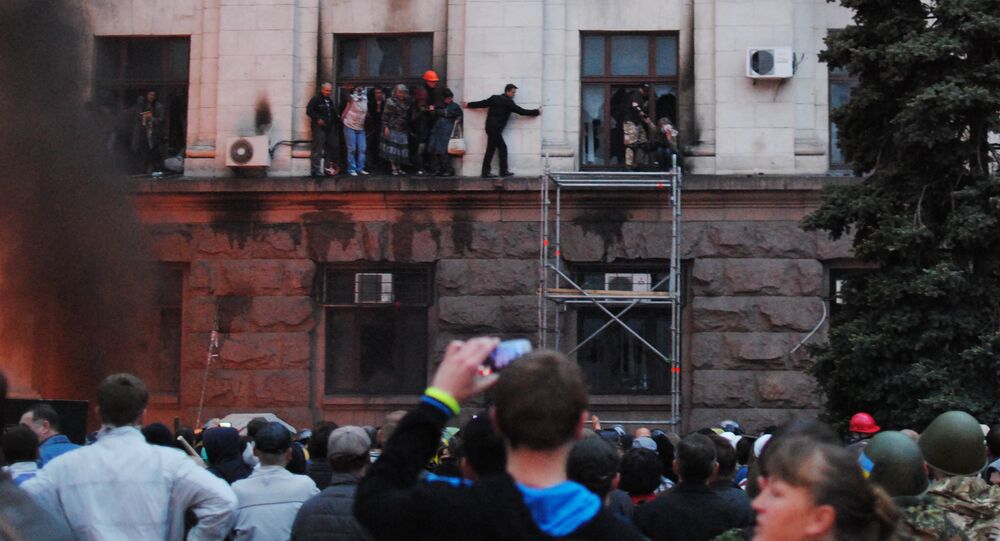 Lavrov raised the issue of Ukraine during a phone conversation with his US counterpart John Kerry.

"When discussing the Ukrainian agenda, [Sergei] Lavrov reminded about the importance of pushing for an investigation into the tragedy that happened in Odessa on May 2, 2014," the ministry said in a statement.

© Sputnik / Anton Kruglov
Vienna Rally to Remember Victims of Deadly Odessa Arson
Lavrov also stressed that there was no other way to settle the Ukrainian crisis than through a full implementation of the Minsk agreement.

On Monday, Ukraine marked two years since an arson attack in the southern Ukrainian city of Odesa killed 48 people and injured more than 250.

The fire was started by far-right hooligans who blocked dozens of anti-Kiev protesters in the inner city's House of Trade Unions and set the building on fire by hurling Molotov cocktails inside. An investigation was opened into the incident but no convictions followed.