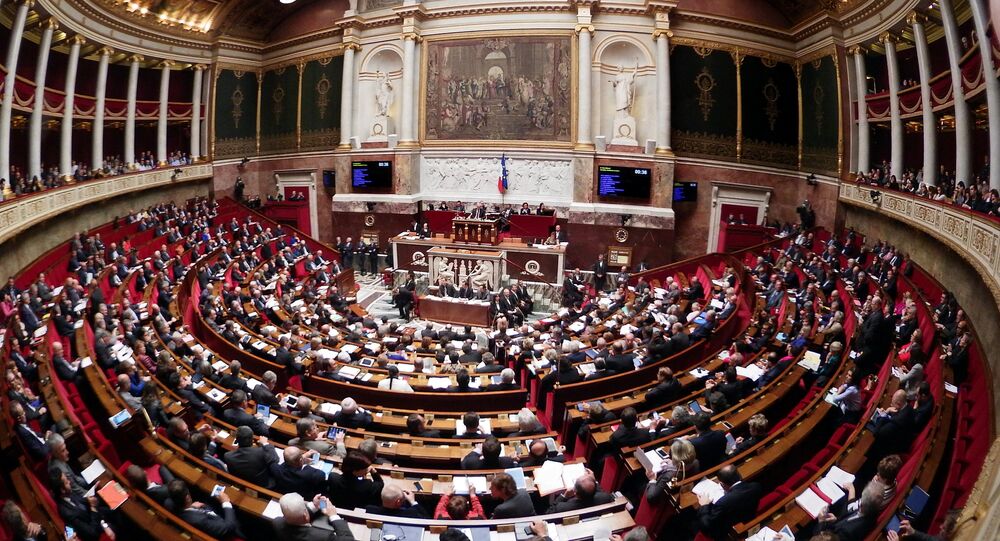 French National Assembly, the lower house of the parliament, voted in favor of a resolution calling for lifting of anti-Russian sanctions, a Sputnik correspondent reported Thursday.

The resolution proposed by the opposition calls on the French government to protest extension of EU sanctions against Moscow.

A total of 101 lawmakers took part in the vote, with 55 voting in favor of the resolution.

Adoption of the resolution on the lifting of sanctions against Russia. Voting: 101. Majority: 50. In Favor: 55. Against: 44. 2 Abstained.

"It is a miracle and a great victory," Nicolas Dhuicq, a member of the French National Assembly's Defense Commission, told Sputnik.

Lifting of sanctions against #Russia: Online analysis of the vote

© AFP 2021 / VASILY MAXIMOV
Many French Lawmakers to Vote Against Anti-Russia Sanctions - Official
Relations between Russia and the West deteriorated amid the 2014 crisis in Ukraine. The European Union, the United States and their allies have introduced several rounds of anti-Russian sanctions since the reunification of Crimea with Russia in 2014, accusing Moscow of meddling in the Ukrainian conflict, a claim Russian authorities have repeatedly denied.