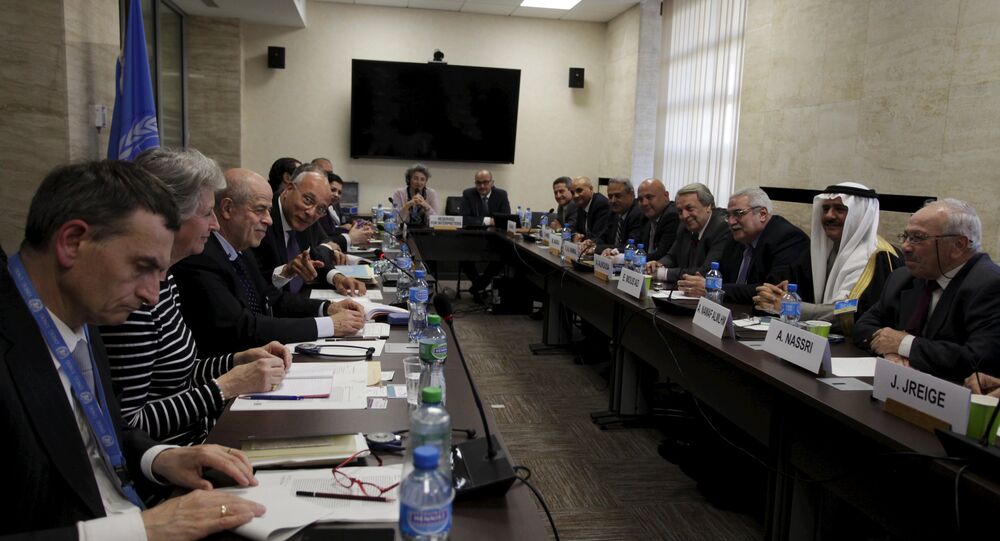 The Russian foreign minister said that several actors were trying to derail intra-Syria talks to resolve the crisis in the country militarily.

"Nobody can win this war [in Syria]… There are some players on the external front who cherish drams of ousting the regime using force, they are trying to do everything they can to achieve this, including attempts to trigger derailment of the intra-Syria talks," Lavrov told a press conference.

The top Russian diplomat stressed that Moscow, Washington and their partners at the International Syria Support Group (ISG) did not agree with a military resolution to the crisis. He added that Moscow would do everything in its power to prevent the military solution to the conflict from prevailing.

"This is a way to ultimate chaos, a breakdown of another state… It is necessary to bring those nurturing those plans to justice," Lavrov added.

No opposition faction in Syria has a monopoly to represent opposition as a whole at the reconciliation talks in Geneva Sergei Lavrov said.

"No opposition group… none of them alone have a monopoly right to represent the opponents of the regime which exists in Damascus," Lavrov told a press conference.

According to Lavrov, the intra-Syria talks in Geneva are not being frozen, despite, the opposition's High Negotiations Committee (HNC) asking for its participation in the negotiations to be suspended.

© AFP 2021 / FABRICE COFFRINI
Opposition HNC Asks de Mistura for Suspension of Intra-Syrian Talks
On Monday, HNC asked UN Special Envoy for Syria Staffan de Mistura to suspend their participation in the ongoing round of talks, blaming Damascus for violating the cessation of hostilities on the ground in Syria.

"The talks are not frozen," Lavrov told a press conference.

The top Russian diplomat reminded that other delegations were taking part in the talks, apart from the HNC.

"We assume that Mr [UN Special Envoy for Syria Staffan] de Mistura will continue his shuttle actions with those who is not trying to put ultimatums and preconditions, which do not correspond to the UN Security Council’s demands, forward," Lavrov stressed.