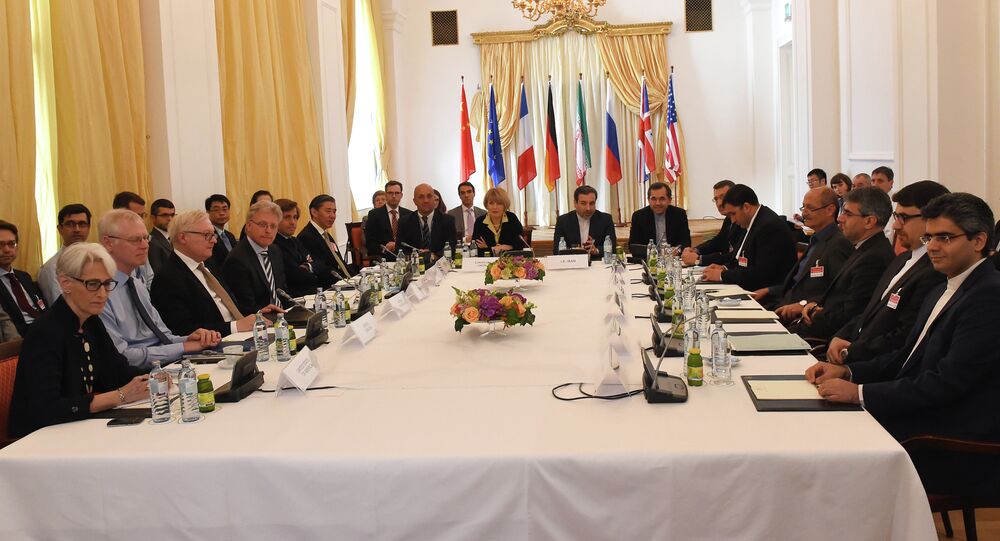 The United States would not have have been able to stop Iran's nuclear weapons program without other members of the P5+1 group, US Ambassador to the United Nations Samantha Power said in an address to the US Naval Academy.

WASHINGTON (Sputnik) — The US ambassador explained that unilateral sanctions alone would never have brought Iran to the negotiating table.

"Our diplomatic engagement was backed by a broad coalition whose collective pressure was key to getting Iran to change its calculus," Power said on Wednesday.

In July, the P5+1 group, including the United States and Russia, reached a deal with Iran to ensure its nuclear program remained peaceful in exchange for the relief of nuclear-related sanctions.

Power said on Wednesday that 98 percent of Iran's nuclear stockpile has been removed from the country.

Accordingly, the multilateral deal increased Iran's breakout time — the amount of time needed to produce a viable nuclear weapon — from under a month to more than a year, the ambassador said.