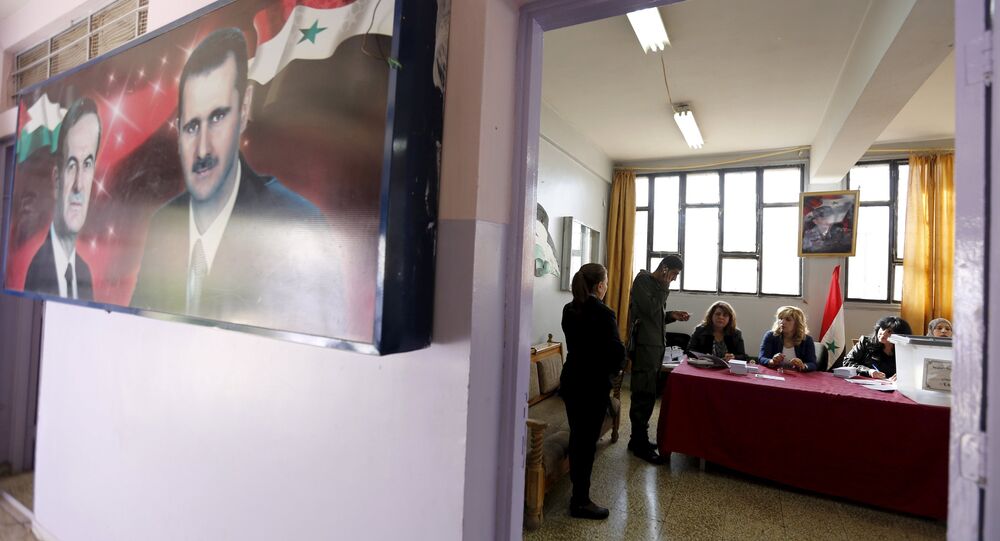 Parliamentary elections in Syria are an important step in stabilizing the situation in the country, Russian Foreign Ministry spokeswoman Maria Zakharova said Wednesday.

MOSCOW (Sputnik) – Over 7,000 polling stations opened at 7:00 a.m. in Syria with police, the army, the national guard and militias providing protection.

Some 3,500 candidates are vying for 250 seats in the country’s parliament.

“Parliamentary elections are being held today in Syria. More than 7,000 polling stations and 3,500 candidates in 13 of the 15 provinces – Raqqa and Idlib remain under the control of terrorists. But on the backdrop of what is happening in Syria, elections are an important factor in stabilizing the situation in the country,” Zakharova said on her Facebook page.

© AP Photo / Pavel Golovkin
Syria’s Latakia Province Ready for Parliamentary Elections - Governor
Syrian President Bashar Assad issued a decree designating April 13 as the date for the vote to the unicameral legislature. The announcement came minutes after Russia and the United States negotiated the truce which took effect five days later and has been described as largely observed despite violations.

The latest elections to the Syrian legislature were held in the country in May 2012 with 51-percent voter turnout, or 5 million people who cast their vote, according to the Syrian election committee.