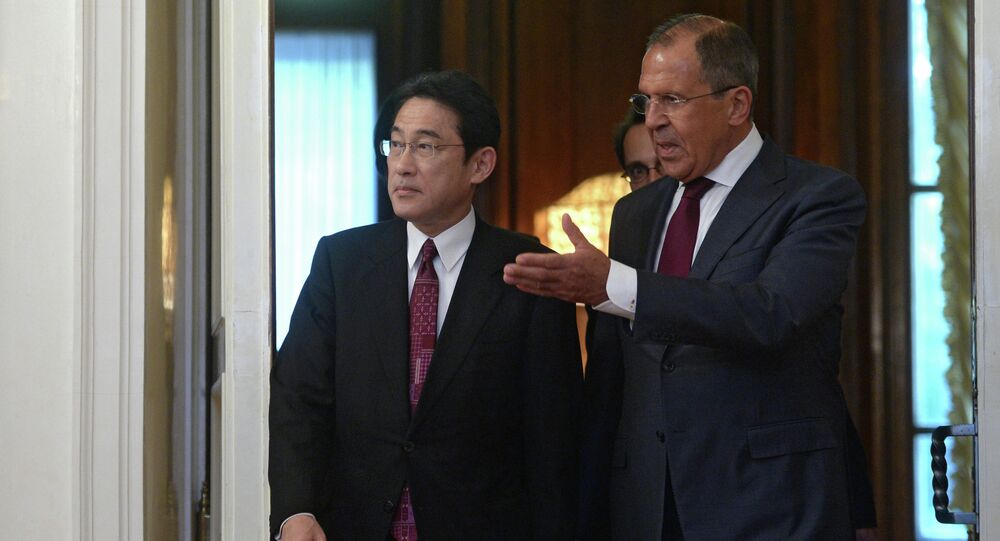 TOKYO (Sputnik) – Russian Foreign Minister Sergei Lavrov, who is due in Tokyo this Friday, said Tuesday the Russia-Japan peace treaty cannot be reduced to territorial disputes. His Japanese counterpart Fumio Kishida said earlier that day that in his interpretation "the peace treaty issue is nothing more than the issue of northern territories."

"Foreign Minister Lavrov in his remarks in general said that Russia is ready to move forward to negotiate and conclude the peace treaty. On the 15th, the foreign ministers’ meeting is scheduled, and based on the bilateral agreement the two sides will have a deeper discussion on a peace treaty so that we can achieve an agreement which is acceptable for both sides," Suga said at a daily briefing.

The goal of the Lavrov-Kishida meeting is to prepare contacts at the highest level as agreed by the two countries' leaders, Russian President Vladimir Putin and Japanese Prime Minister Shinzo Abe.

Russia and Japan have not signed a peace treaty after the war because of Tokyo's claims to Russian islets dividing the Sea of Okhotsk from the Pacific Ocean.

Japanese Prime Minister Could Visit Russia in May