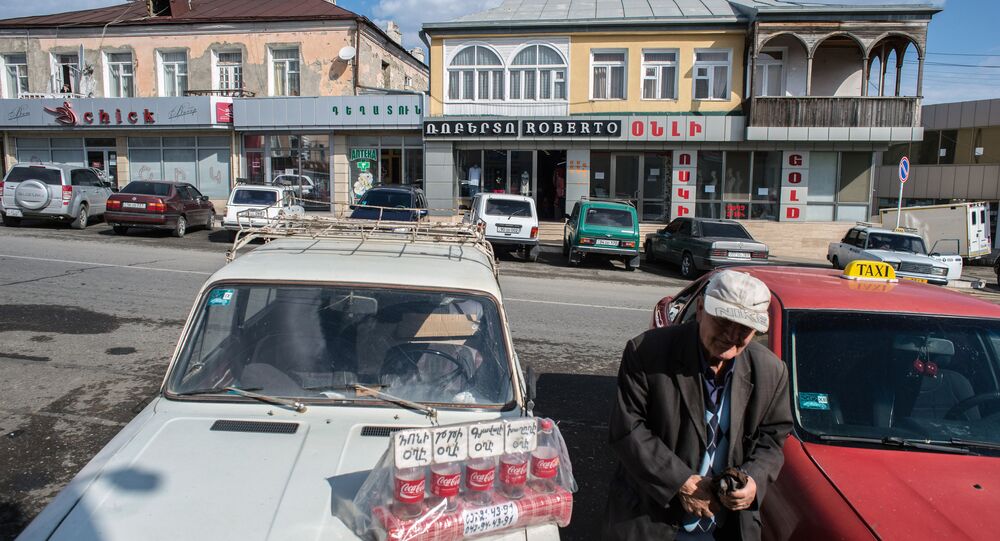 Yerevan will recognize the Nagorno-Karabakh Republic as an independent state if violence escalates, the Armenian president said.

He said that Armenia was ready to compromise on the settlement of the Nagorno-Karabakh conflict.

“Speaking of a so-called new unilateral ceasefire is futile since the 1994 agreement signed by Azerbaijan on the ceasefire is still in force and Azerbaijan must follow this document to the tee and not as at its own will, but as an international obligation,” Sargsyan said.

© Photo : Youtube/Sputnik
Azerbaijani Mi-24 Chopper Shot Down in Nagorno-Karabakh
On April 2, Azerbaijan and Armenia reported intensified fighting in the disputed Nagorno-Karabakh region. The sides accused each other of violating the ceasefire agreement which had been in place since 1994.