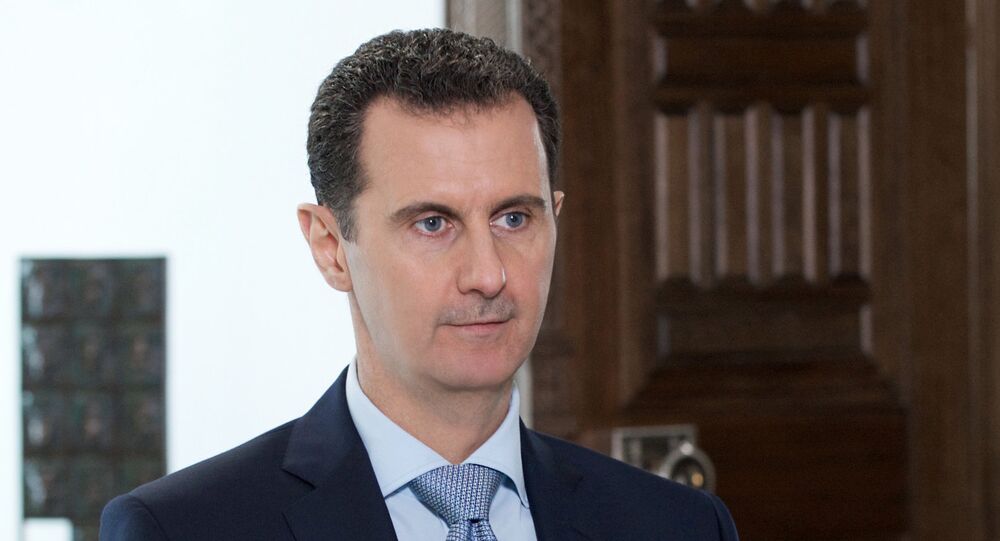 The president underscored that Damascus only considers the presence of Russian military bases on the territory of Syria.

DAMASCUS (Sputnik) — Russian military bases in Syria are needed not only to fight terrorism, but also to balance the powers in the world, Syrian President Bashar Assad told Sputnik.

#ASSAD TO #RiaNovosti & #Sputnik: Military bases remain necessary for us and for balance in the world.

​"That’s on the one hand, on the other hand they [foreign bases] are linked not only to the fight against terrorism, but also to the international situation as a whole, and, with all due regret, the West, in the course of the Cold War and after it, and even today, has not changed its policy — it wants hegemony in making international decisions, and, unfortunately the UN was not able to fulfill the role of a peacekeeper in the world, not even now, in order to regain its true status," Assad said.

#ASSAD TO #RiaNovosti & #Sputnik: We certainly need #Russian military bases, because they are effective in fighting #terrorism.

© AFP 2021 / HO/SANA
Assad to Sputnik: Damascus to Lean on Russia, China, Iran in Rebuilding Syria
"Military bases are necessary for us, for you, for international balance in the world. That’s the truth, whether we agree with it or not, but right now it’s a necessity," he added.

Russian military bases in Syria are not occupation, but means to help strengthen stability and security in the country, Syrian President Bashar Assad told Sputnik.

"With Russia we have relations that are over six decades old, they are built on trust and clarity… On the other hand, right now, in its policy, Russia is relying on principles, we are also relying on principles. So when Russian military bases appear in Syria, it’s not occupation, on the contrary — it’s the strengthening of friendship and ties, it’s the strengthening of stability and security. And that’s just what we want," Assad said.

#ASSAD TO #RiaNovosti & #Sputnik: Military achievements will lead to accelerating the political solution.

"The process of the fight against terrorism is not something quick and fleeting. Terrorism has spread in this region over the course of decades and a lot of time will be needed to overcome it," he noted.