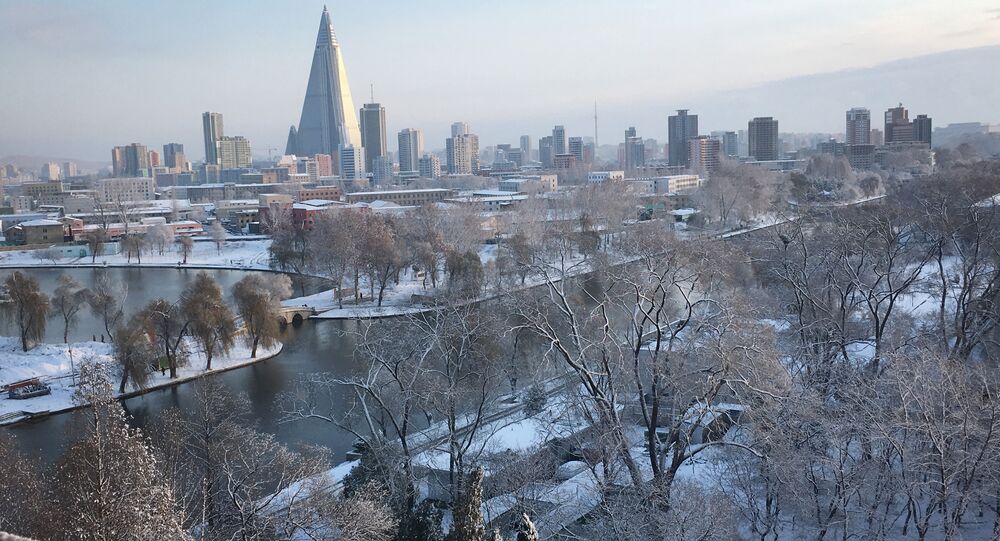 WASHINGTON (Sputnik) — Earlier on Thursday, North Korea declared all agreements on economic cooperation and exchanges with the South invalid, according to a statement issued by Pyongyang’s Committee for the Peaceful Reunification of Korea.

"North Korea seems to be trying to bully the United States and the United Nations into reversing recent decisions regarding sanctions on North Korea," Ward said.

He added it was "hard to imagine" North Korea’s manoeuvre would persuade the United States or UN to soften recent sanctions in any way, or that Pyongyang would be successful in isolating its southern neighbour.

© AFP 2020 / SAUL LOEB
North Korea Severs All Economic Agreements With South
Seoul’s allies, Ward noted, are undoubtedly monitoring the evolving situation between South and North Korea to see what type of support they might be called upon to provide to South Korea.

"It is very doubtful that South Korea’s allies will simply leave it out to dry," Ward claimed.

According to The Korean Times newspaper, Pyongyang’s decision is connected with a new package of economic sanctions on the part of South Korea.

Earlier this month, the UN Security Council introduced new sanctions against North Korea in response to Pyongyang’s January hydrogen bomb test, as well as the launch, a month later, of a long-range rocket to allegedly place a satellite into orbit.

The Defense Trade Advisory Group, established by an act of the US Congress, is comprised of private sector experts appointed by the Assistant Secretary of State for Political-Military Affairs to advise the Department of State on global security-related trade matters.