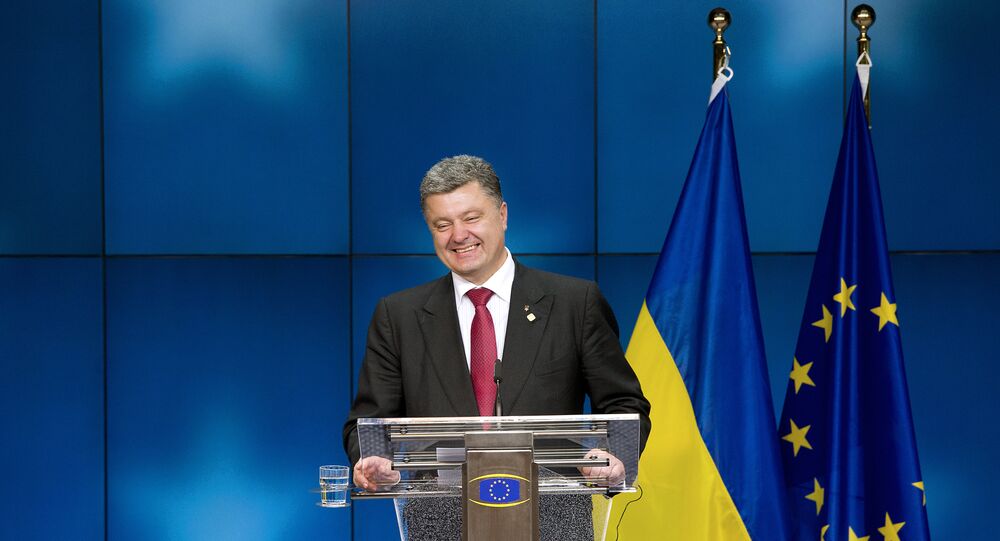 Poroshenko Pledges to Do Utmost to 'Reset' Ukraine's Government

The Ukrainian president vowed to do everything possible to "reset" the government and speed up Kiev's movement toward the EU.

KIEV (Sputnik) — Ukraine’s President Petro Poroshenko pledged on Monday to do everything possible to "reset" the country’s government and accelerate the country’s movement toward the accession into the European Union.

"Now, I can assure you we will do everything possible to reset the government and speed up our progress toward the European Union," Poroshenko said in his speech in Vinnytsia.

The Ukrainian government has been in turmoil since early February when the country’s reform-minded economic development minister resigned citing the slow pace of change and widespread government corruption. Five other ministers initially followed his lead but later rowed back on their intention to quit.

On Tuesday, the government of Prime Minister Arseniy Yatsenyuk survived a vote of no confidence, making various factions leave the ruling parliamentary coalition.

The Verkhovna Rada may reconsider the government's resignation only during the next session of parliament, which is slated to open on September 6.

Ukraine in Talks With EU to Recoup Russian Market Loss