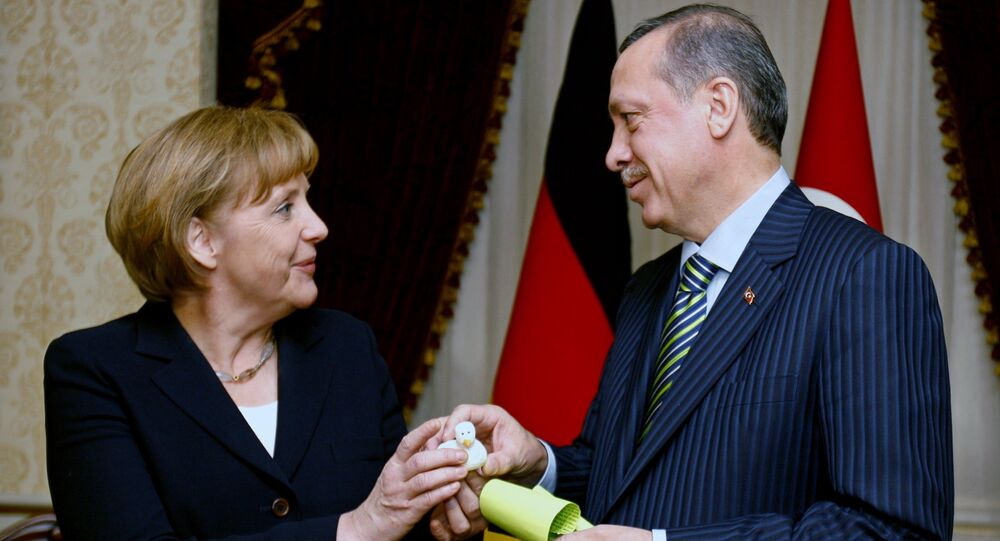 Russia Foreign Minister Sergei Lavrov said on Wednesday it was Turkey that came up with the initiative to create a no-fly zone over Syria.

NOVO-OGARYOVO (Sputnik) — Merkel said earlier on Wednesday she believed imposing a "no-fly zone" over Syria would help speed up the process of finding a political settlement in the country.

"It was not a proposal by [German Chancellor Angela] Merkel, it was a Turkish initiative," Lavrov said commenting on a recent statement by Merkel on Syria no-fly zone.

© REUTERS / Khalil Ashawi
Merkel Advocates Introduction of No-Fly Zone in Syria
The German chancellor has repeatedly stated that introducing a ban on airstrikes in Syria would help settle the ongoing civil war in the region, where the country’s government has been fighting multiple opposition factions and terrorist groups, including Daesh, since 2011.
Germany plans to submit its proposal to create a no-fly zone over Syria to UN working groups in Geneva, the spokesman of the German Foreign Office said Wednesday.
Turkey has actively advocated for establishing a no-fly zone in northern Syria to US and NATO opposition. In November, US President Barack Obama said imposing a no-fly zone in Syria to improve the humanitarian situation in the region was counterproductive.
...
Reddit
Google+
Blogger
Pinterest
StumbleUpon
Telegram
WhatsApp
622

Merkel: No-Fly Zone Over Syria Could Speed Up Settlement