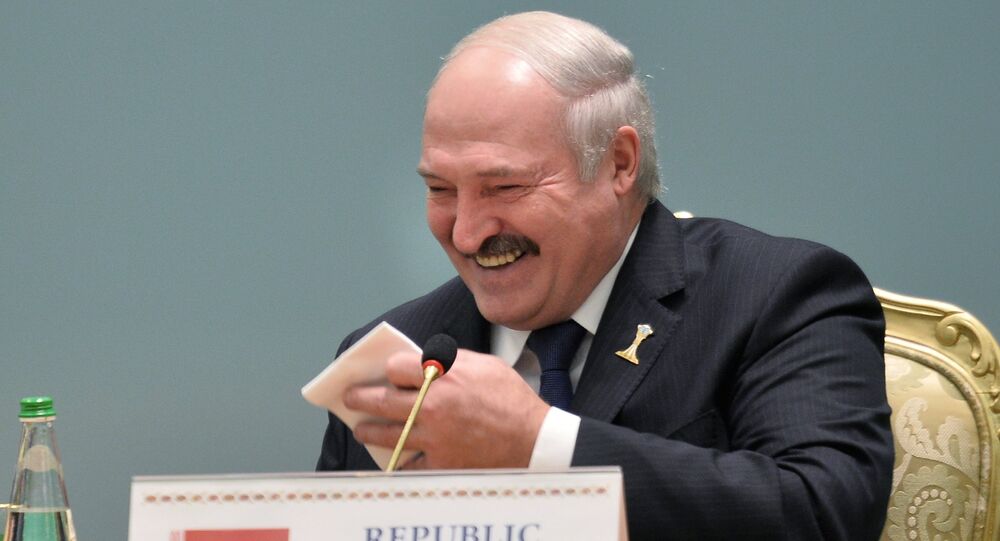 The press service of the European Council confirmed Monday that sanctions against Belarus President Alexander Lukashenko will not be extended.

© Sputnik /
EU to Lift Sanctions Against Belarusian President Lukashenko - Diplomatic Source
MOSCOW (Sputnik) — The press service of the European Council confirmed Monday that the restrictive measures against Belarus President Alexander Lukashenko will not be extended.

"His name is not on the list of four individuals that have remained under sanctions," a press service official told RIA Novosti, adding that an official statement was expected to be out by March 1.

The EU foreign ministers decided earlier on Monday to lift restrictive measures against 170 Belarus individuals and three companies, but to maintain sanctions against four individuals linked to the unsolved disappearances of two opposition leaders, a journalist and a businessman.

Earlier in the day, the EU Foreign Council extended the arms embargo against the country for another year.

Belarus, a former Soviet republic, has been under US and EU sanctions for about a decade, including visa bans and financial restrictions on Belarusian individuals and entities.

The West has accused the Belarusian authorities of persecuting the political opposition and denying citizens’ basic rights and freedoms, in particular, freedom of expression. Lukashenko has insisted that the accusations are groundless and that putting pressure on Minsk was pointless.