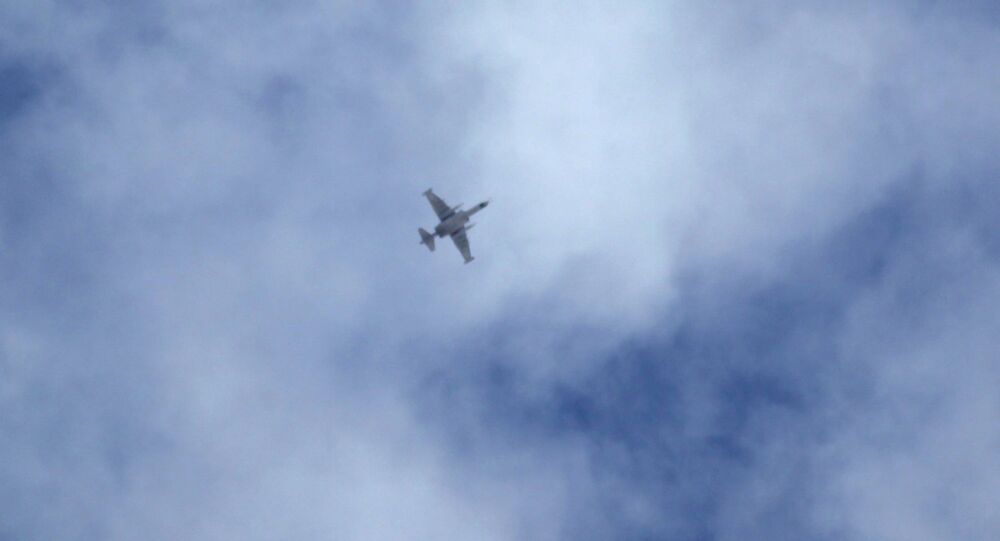 BERLIN (Sputnik) — Turkey has actively advocated for establishing a no-fly zone in northern Syria to US and NATO opposition.

"In the current situation, introduction of an area where no side could carry out airstrikes, a kind of no-fly zone, could be helpful. We cannot negotiate with terrorists. But if it were possible to achieve such an agreement between the anti-Assad coalition and those supporting Assad, it would really help," she said in an interview with the local Stuttgarter Zeutung newspaper.

In November, US President Barack Obama said imposing a no-fly zone in Syria to improve the humanitarian situation in the region was counterproductive.

© AFP 2021 / TOBIAS SCHWARZ
Bad Idea? Merkel's 'Reckless' Game With Turkey May Backfire on EU
Since 2011, Syria has been mired in a civil war with forces loyal to Syrian President Bashar Assad fighting a number of opposition factions and extremist groups, including Daesh and al-Nusra Front.

Russia has been conducting precision airstrikes against terrorists in Syria at the request of Assad since September 30, 2015. A US-led international coalition has been bombing Daesh targets since 2014, without Damascus' approval.