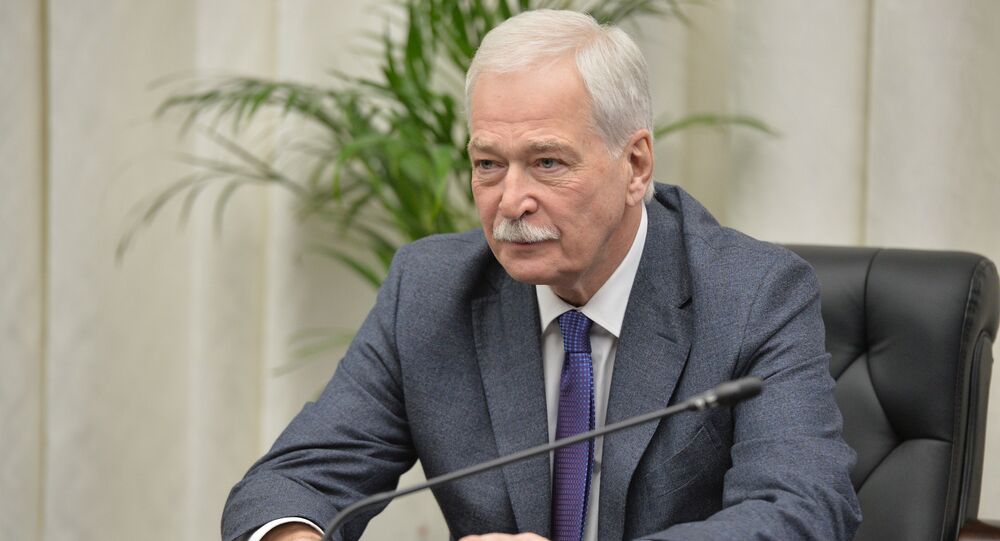 Russia's envoy to Contact Group on Ukrainian reconciliation said that settlement of the Ukrainian crisis is not in a situation of a "stalemate."

© Sputnik / Eugene Odinokov
East Ukraine Political Settlement Subgroup to Meet January 19-20
MOSCOW (Sputnik) — Russia's envoy to Contact Group on Ukrainian reconciliation Boris Gryzlov said that settlement of the Ukrainian crisis is not in a situation of a "stalemate."

"I have just wanted to draw your attention to the fact that we do not consider the current situation as a stalemate. There are a lot of ways and breakthrough options. My task is to explain it to the parties of the process," Gryzlov said in an interview with the Russian Kommersant daily on Sunday.

Gryzlov added that despite the fact that there were players, who were interested in the stalemate of the Ukrainian settlement, he was optimistic about the prospects of the Minsk peace deal implementation.

Southeastern Ukraine has been suffering from a crisis triggered by a military operation launched by Kiev authorities in April 2014 against local militias. The latter have refused to recognize the pro-Western government in Kiev imposed by what they consider to be a coup earlier in 2014. In February 2015, Russia, Germany, France and Ukraine worked out a ceasefire deal in Minsk later signed by Kiev and Donbass militias.

Established in May 2014, the Contact Group aims to promote direct dialogue between Kiev and the self-proclaimed people's republics of Donetsk and Lugansk. The group includes representatives from Russia, Ukraine and the Organization for Security and Co-operation in Europe. Gryzlov was appointed as the country's envoy to the Contact Group on Ukrainian reconciliation on December 26.