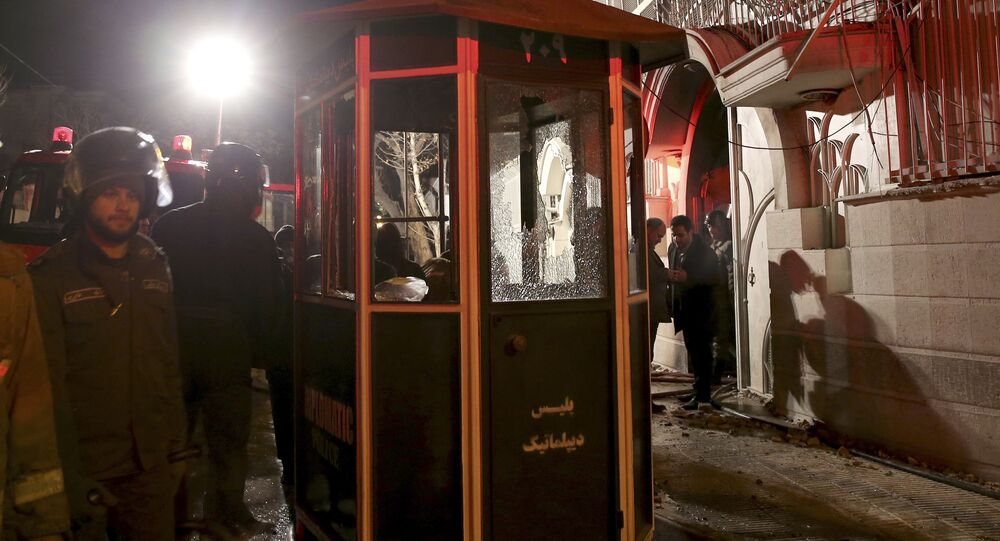 Kuwait summoned Iran's ambassador to the country on Tuesday and passed him a note of protest in view of the attacks on Saudi diplomatic missions in the country, local media reported.

© AFP 2020 / ATTA KENARE
Kuwait Recalls Ambassador to Iran After Attacks on Saudi Diplomatic Missions
MOSCOW (Sputnik) — On Saturday, demonstrators in Iran protesting the execution of prominent Shia cleric Nimr al-Nimr by Riyadh, attacked the Saudi embassy in the Iranian capital of Tehran and the consulate in the northeastern city of Mashhad.

The note included assertion of Iran's responsibility to protect diplomatic missions on its territory and support to Saudi Arabia.

A diplomatic row erupted late Sunday after Saudi Arabia broke off ties with Iran over the attacks in Tehran and Mashhad.

Sudan and Bahrain followed suit and cut diplomatic ties with Iran, while the United Arab Emirates said it would scale back its diplomatic relations with Tehran.