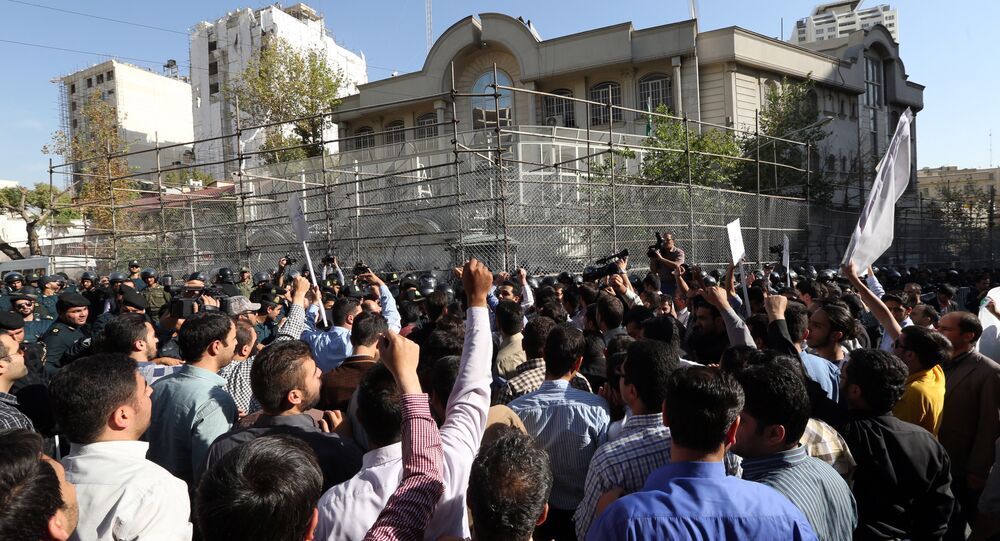 The spokesman for the Japanese government stressed that the dispute between Saudi Arabia and Iran could be resolved peacefully.

TOKYO (Sputnik) — Japan has called on Saudi Arabia and Iran to resume dialogue in order to calm their diplomatic row, the spokesman for the Japanese government said Tuesday.

"All parties should show restraint and start a dialogue to calm the situation," Chief Cabinet Secretary Yoshihide Suga said at a press conference in Tokyo.

The row erupted after Saudi Arabia on Saturday executed prominent Shiite cleric Nimr al-Nimr along with 46 others allegedly for terror-related offenses.

© REUTERS / Thaier Al-Sudani
Oil Investors Should Look Ahead in Saudi-Iran Row, Expert Warns
Japan’s envoy to the UN Motohide Yoshikawa said earlier on Tuesday that Tokyo may use its close ties with both Saudis and Iranians to help restore the balance in the Middle East.

Al-Nimr’s execution sparked massive protests in Shiite-dominated Iran and across the region. On Sunday, a raging mob stormed the Saudi Embassy in Tehran, setting fire to the building before they were repelled.