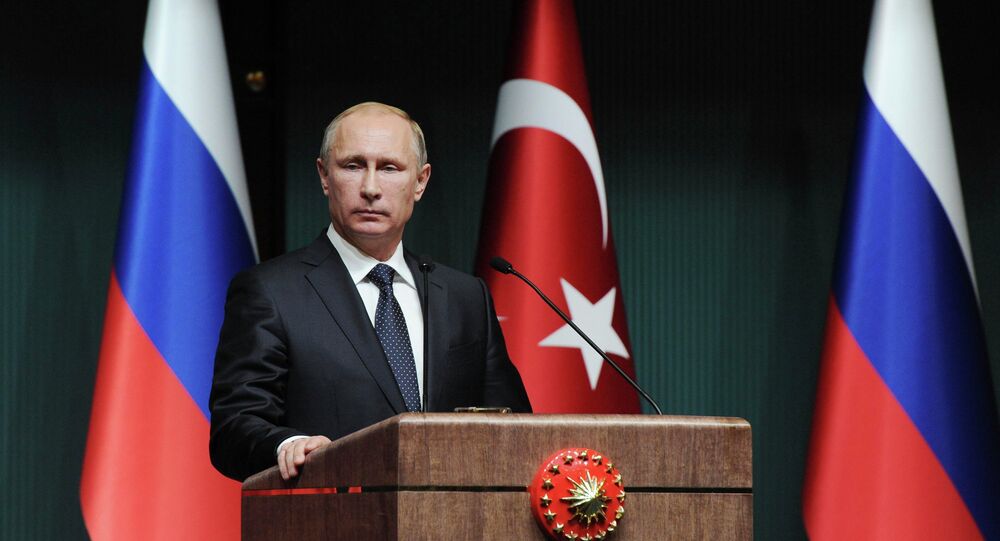 Putin approved on Wednesday the proposal to withdraw from a treaty on mutual legal assistance with Turkey in civil, trade and criminal cases.

© REUTERS / Sadettin Molla
Russia Urges Turkey to Bring Su-24 Pilot's Murderer to Justice
MOSCOW (Sputnik) — Russian President Vladimir Putin approved on Wednesday the proposal of the Cabinet of Ministers to withdraw from a treaty on mutual legal assistance with Turkey in civil, trade and criminal cases.

"Russian Foreign Ministry must send a notice to the Turkish side," Putin’s order said, as posted on the government's legal information website.

The agreement was signed in December 1997.

Moscow's relations with Ankara deteriorated after a Russian Su-24 aircraft was downed on November 24 by a missile fired from a Turkish F-16 fighter over Syria in response to an alleged violation of Turkish airspace.

Russia has since introduced a set of restrictive measures against Turkey in response to the downing of the aircraft, which it said never crossed into Turkish airspace.

Russian-Turkish Food Trade Expected to Drop by $800Mln in 2016

Serbia to Relay Ankara's Call to Russia on Normalization of Ties