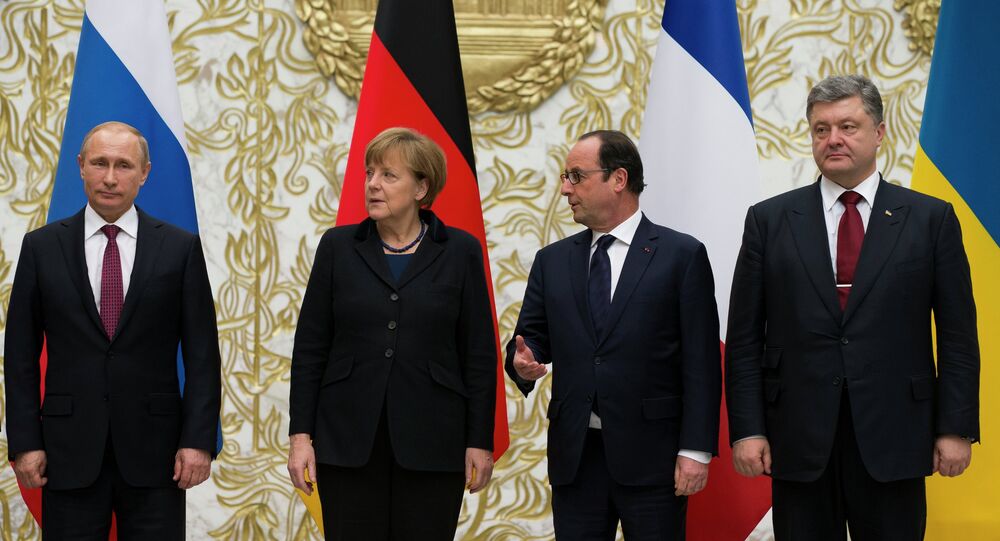 Normandy Four Agreed to Extend Implementation of Minsk Agreements to 2016

According to the Kremlin press service, the Normandy Four leaders agreed to extend the implementation of the Minsk agreements to 2016 in a phone conversation on the situation in Ukraine.

"The leaders held a detailed discussion on the situation in southeastern Ukraine, which remains tense and unstable, in the context of the implementation of measures agreed February 12, 2015 in Minsk. It was agreed to extend them to 2016," the press service said in a statement.

The sides noted the importance of the Contact Group's work to ensure settlement of the Ukraine crisis, and agreed that the group's work must be intensified.

The four countries' foreign ministers have been instructed to thoroughly assess the state of the implementation of the Minsk peace deals in early 2016, according to the statement.