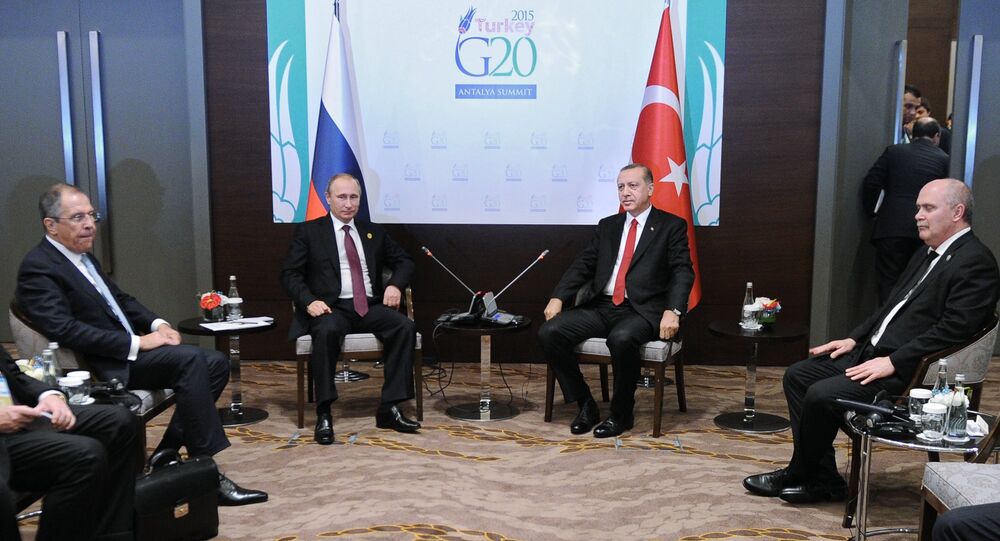 "The issue is very sensitive. The president said what he wanted to say [at Thursday’s press conference], I would not even want to expand on this point," Ushakov told reporters. "It was a subject of bilateral discussions in Antalya and was ‘tete-a-tete,’ so to speak."

© AFP 2019 / JACQUES DEMARTHON
Russian Sanctions Could 'Topple' Turkey's Erdogan - Iranian Analyst
On November 24, a Russian Su-24 was downed by an air-to-air missile launched from a Turkish F-16 jet over Syrian territory. Turkish claims that its airspace was violated by the Russian aircraft were refuted by Russia's General Staff and the Syrian Air Defense Command.

Speaking at an annual press conference on Thursday, Putin said Moscow was ready to cooperate with Ankara on issues that are sensitive for Turkey. Ankara could have raised its questions regarding the situation on the Syrian border through existing channels before shooting down the Russian plane, he noted.

Russia’s relations with Turkey have suffered considerably in the wake of the first incident in decades involving a NATO ally downing a Russian aircraft.