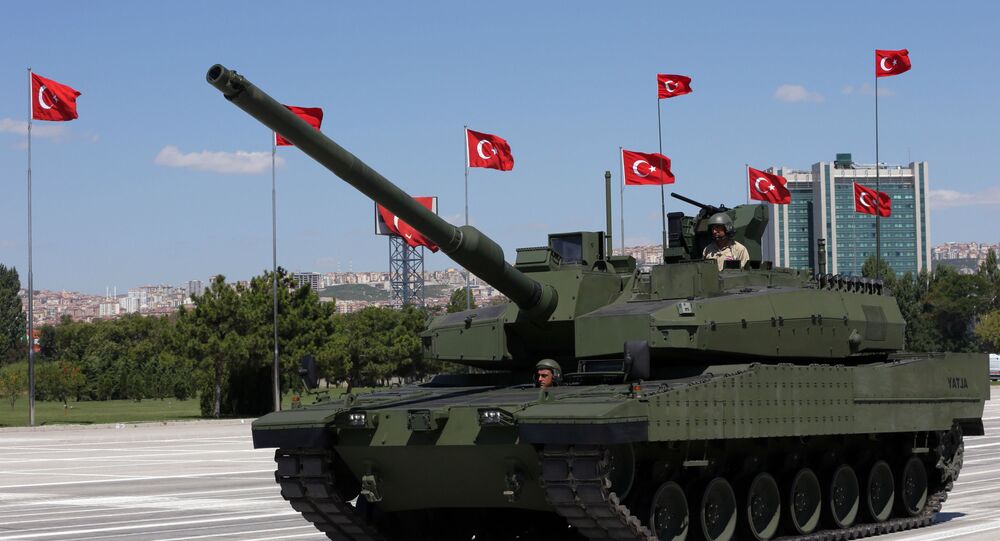 Turkey has sent troops in the northern Iraq in a bid to expand its influence in the region, experts told Sputnik.

MOSCOW (Sputnik) — On Thursday, Turkey deployed about 150 troops and 25 tanks to northern Iraqi Nineveh province, without Baghdad’s approval, allegedly to help train local soldiers to retake the city of Mosul from the Islamic State (ISIL, or Daesh in Arabic) militant group, outlawed in many countries, including Russia and the United States.

Mohammad Nour Eddeen, professor of the Lebanese University, specializing in Turkey, stated that the invasion could lead to the creation of power in the region depending on Ankara.

"[Turkey] intend to create the third center of force in Iraq after Baghdad and Erbil. It wants Mosul to [be] liberated by the Sunni Arabs, they want to support them," Eddeen said.

He added that Ankara feared that Mosul could be captured by Kurds that would lead to strengthening of this ethnic group.

"Turkey is afraid that the Kurds will join Mosul after its liberation, as it has happened with Kirkuk and Sinjar… This will mean the expansion of the Kurdish state that Turkey considered as a real danger for itself."

Lebanese expert on the strategic issues Riyad Eed said that Turkey hoped to provide sustainable energy supplies to the country and wanted to influence the neighboring countries in order to ensure the delivery.

"Pressure on Baghdad to construct gas pipeline from Qatar to Turkey through Iranian territory and revival of Nabucco project are among Turkish aims of invasion to the northern Iraq," Eed said.

Baghdad views the deployment as illegal. Iraqi Prime Minister Haider Abadi demanded the withdrawal of the Turkish troops, and on Sunday gave Ankara 48 hours to complete this demand.