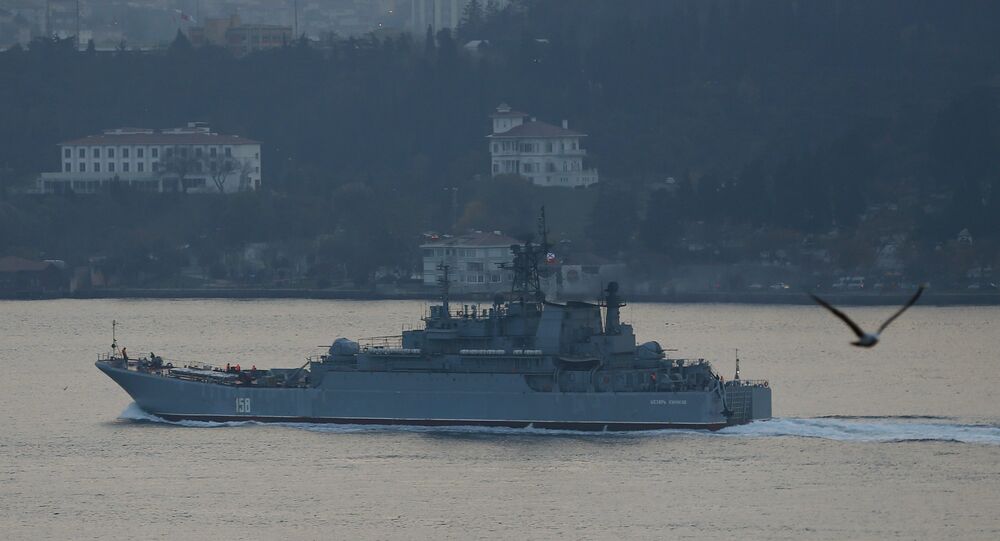 According to the 1936 Montreux Convention, Turkey can close the Bosphorus Strait and the Dardanelles to naval ships of other countries only when it is at war.

The 1936 Montreux Convention gives Turkey control over the Bosphorus Strait and the Dardanelles as well as restricts navigation of naval ships of non-Black Sea countries in the straits.

According to the document, in times of war Turkey can close the straits for foreign naval ships.

"Turkey cannot close the Black Sea straits to Russian ships coming to Syria. It would be a violation of international law and, particularly, the Montreux Convention which was signed by a majority of nations of that time," Kravchenko said.

He also noted that even World War II Turkey despite Germany’s pressure remained neutral and did not close the Bosphorus and the Dardanelles. Now, there are no reasons to expect that the straits would be closed.