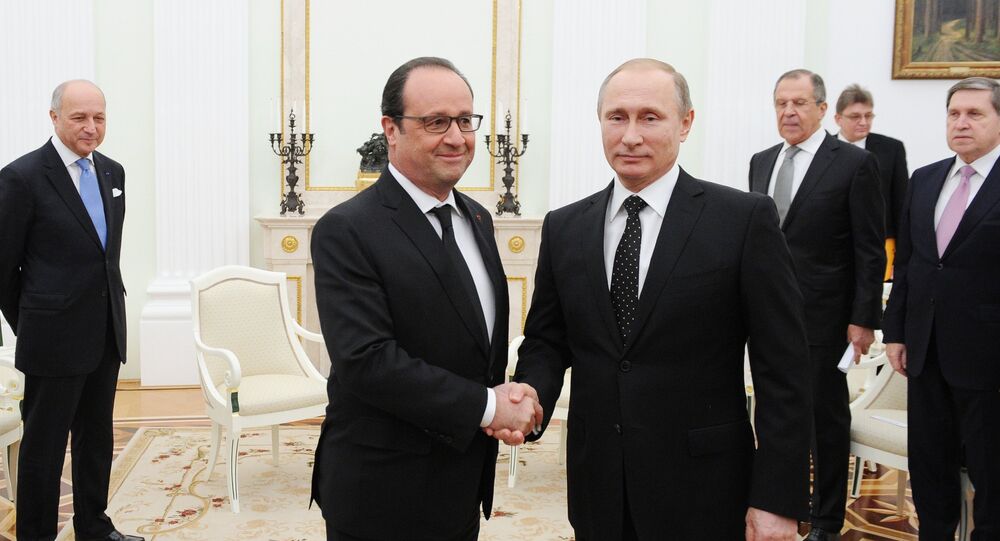 "The issue of sanctions was not raised. This has not been the subject of yesterday's talks," Peskov said.

French Foreign Minister Laurent Fabius suggested earlier on Friday that the two leaders had discussed the sanctions issue "just a bit." According to Fabius, Hollande during his visit to Moscow told Putin that the European Union could lift sanctions against Russia, but this would depend on fulfilling the Minsk agreements for a Ukraine peace settlement.

Russia has repeatedly denied the allegations, stating a desire for a diplomatic settlement of the conflict and contributing to the Ukrainian peace process.

Russia Regrets US Playing 'Sanctions Games' Instead of Tackling Threats