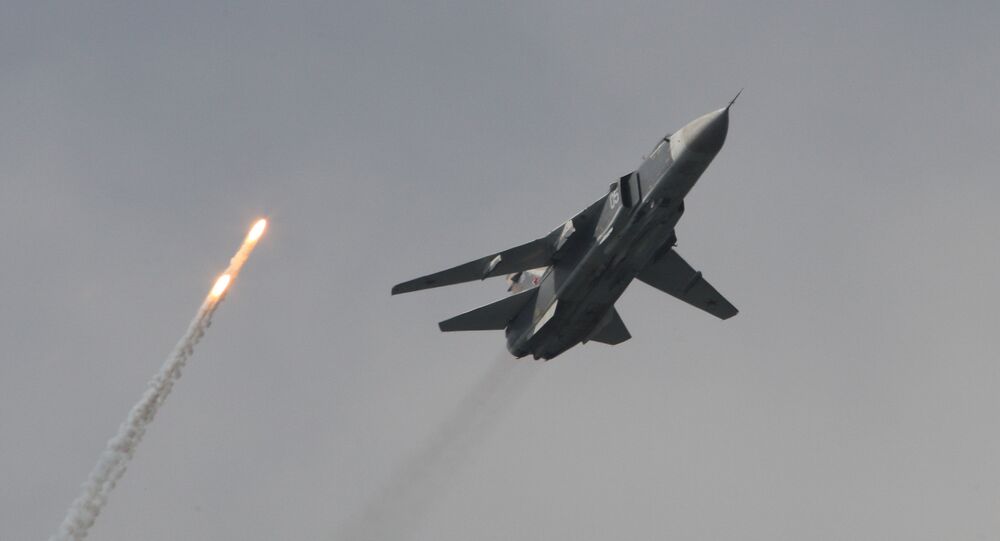 Russia’s defense ministry claimed that the Su-24 pilot died because of an attack from the ground when he was landing, adding that during a rescue operation, the Russian marine was also killed.

Sputnik
Putin: Russia, France Share Desire to Punish Perpetrators of Terrorist Acts
The Pentagon refused to comment on Russian Ministry of Foreign Affairs’ spokeswoman Maria Zakharova’s claim that the US is aware of those who shot on the ejecting Su 24 pilot.

Sputnik
Turkey ‘Ambushed’ Russian Su-24 to Protect Its 'Proxies' in Syria
On Tuesday, a Russian Su-24 bomber jet was shot down by an air-to-air missile of Turkish F-16 jet over Syria and fell 4 kilometers from the Turkish border. Russian General Staff claimed that the bomber didn’t cross the country’s border and this data was confirmed by intelligence from the Syrian anti-aircraft defense forces.