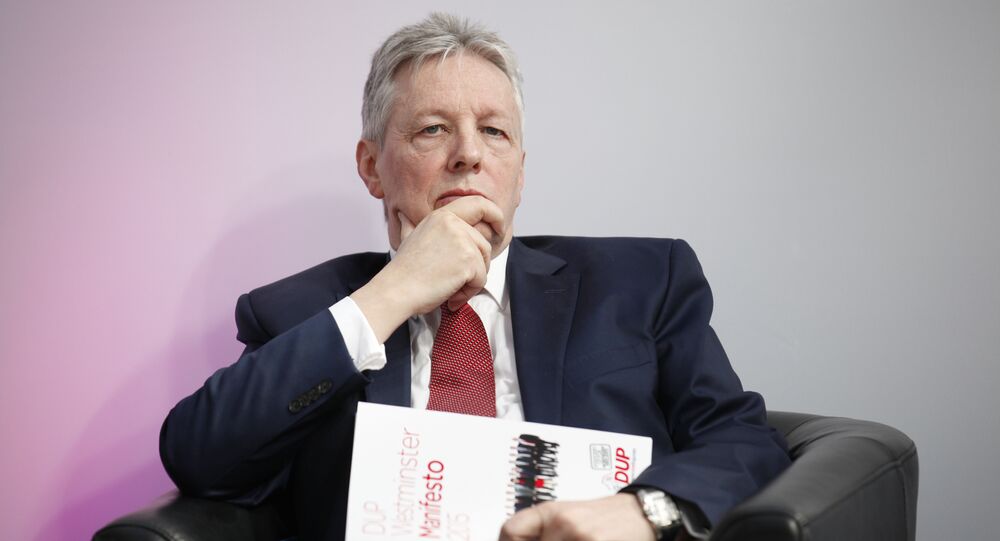 Northern Ireland’s First Minister Peter Robinson announced his resignation on Thursday, saying he would step down before Christmas.

© AP Photo / Peter Morrison
Northern Ireland Politics in Meltdown Over IRA Murder Links
LONDON (Sputnik) — Robinson revealed his plans to the Belfast Telegraph newspaper ahead of the Democratic Unionist Party (DUP) conference, scheduled for this weekend. Robinson would also be resigning as the DUP head as well as the head of Northern Ireland.

"I am telling you this now, because I think it would be disrespectful to the party membership if I was to go through a conference with the pretence that I would be leading the party into the next election. I think they have a right to know what the circumstances are," Robinson told the newspaper.

Robinson ruled out his health as the reason behind him stepping down, despite having suffered a heart attack in May.

"I have told the party officers that I don't intend to fight the next Assembly election for a wide range of reasons and not simply because those objectives have been achieved. I very much take the two-term view of politics at the top… For anyone who is not very young to go beyond two terms is stretching it," Robinson stated.

Robinson, 66, has been actively involved in Britain's politics since the 1970s. Since 2008, he has been heading the DUP, a key ally of the Conservative party in the UK Parliament.

Political Crisis in Northern Ireland Unlikely to Be Resolved Soon