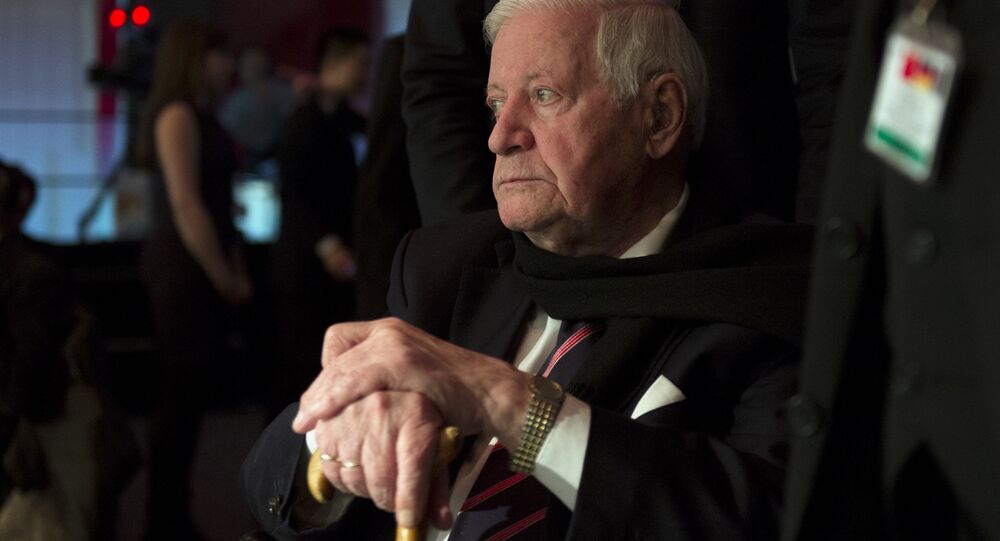 Russian President Vladimir Putin sent a telegram of condolence to German President Joachim Gauck and Chancellor Angela Merkel over the death of former German Chancellor Helmut Schmidt, in which he praised the Schmidt's contribution to global politics, the Kremlin press service announced Tuesday.

"The head of the Russian state praised the role of this outstanding statesman of post-war Germany in European and world politics and his personal contribution to the development and strengthening of good neighborly relations, partnership and cooperation between the two countries and peoples," the Kremlin said in a statement.

Schmidt's eight years in office were marked by his tirelessness efforts to deal with sharply rising oil prices, unemployment and many other challenges.

During his chancellorship, Germany restored its reputation as Europe’s economic powerhouse.