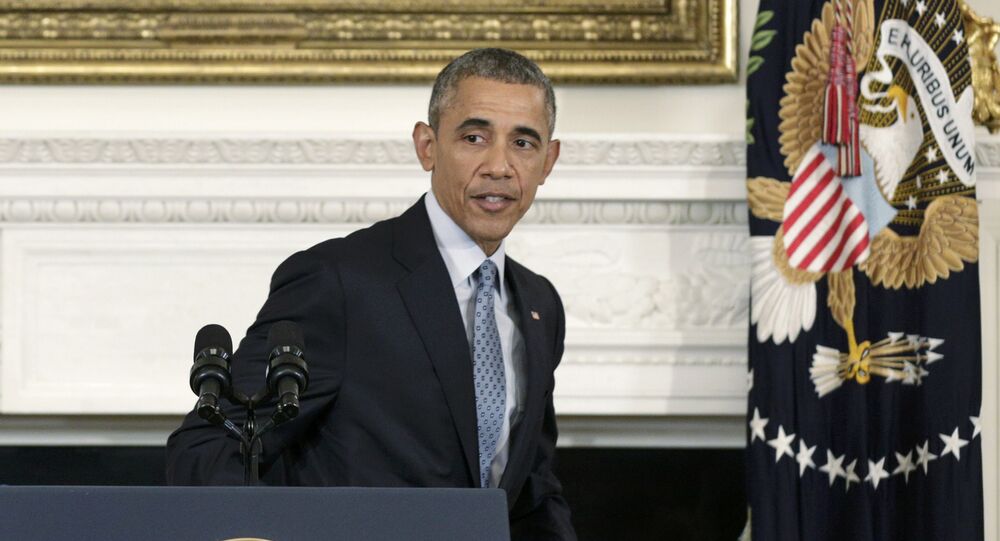 US President Barack Obama’s decision to send additional special operations forces to Syria shows he would not be bound to strict limits prohibiting US boots on the ground, US Deputy National Security Advisor Ben Rhodes said on Monday.

WASHINGTON (Sputnik) — The advisor added that if the United States had interests that could be advanced by a ground presence, "then [Obama] is willing to make that call."

"He [Obama] is not going to be rigidly bound by a limiting principle that we will never have anybody in Syria," Rhodes said at a Defense One conference in Washington, DC.

© AP Photo / Lefteris Pitarakis, File
American Ground Troops in Syria: ‘World Won’t Stand Another US Invasion’
On Friday, the White House announced that up to 50 additional special operators would be deployed to Syria to assist US partners on the ground.

The deployment raised questions about Obama's earlier statements promising not to put US boots on the ground in Syria.

Rhodes argued that the president had not gone back on his pledge of no US troops in Syria.

"What he [Obama] is doing is he is changing the nature of how the United States engages in these countries and these conflicts," he explained.

The White House maintains that the US presence in Syria will be limited to building partner capacities and will not resemble the large-scale US military presence of earlier wars in Iraq and Afghanistan.

US to Increase Ground Forces in Iraq While Avoiding Invasion