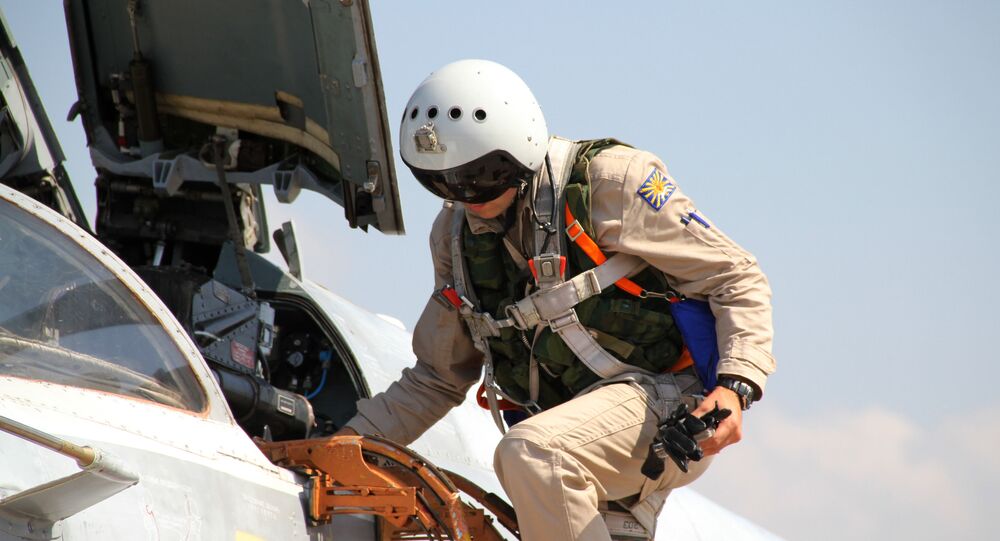 Claims That Russian Airstrikes Are Not ISIL-Targeted Are Misinforming

The Russian Defense Ministry wants explanations from the US Emabassy spokesman regarding his recent statement on the Russian military operation in Syria.

The Western press is abuzz with allegations that Russian airstrikes in Syria are being launched against targets other than the Islamic State militants; however, these are attempts at misinformation, Russian Defense Ministry spokesman Igor Konashenkov said Friday.

"For a whole week we have seen the Reuters news agency pushing someone's conclusion that 80% of the Russian airstrikes were allegedly not 'ISIL-targeted'. This misinforming report was commented on promptly, the day it emerged," he said.

© AFP 2021 / LOUAI BESHARA
Getting Priorities Straight: Washington Stops Insisting that Assad Must Resign Immediately
He added that the Russian Defense Ministry expected explanations from the US Embassy spokesman regarding his recent statement on the Russian military operation in Syria.

On Thursday, Will Stevens, spokesperson for the US Embassy in Moscow, told Russian media that 80% of Russian airstrikes in Syria were not targeted against the Islamic State facilities.

"We have questions regarding his words that the Russian air units hit the [Syrian] opposition, including the moderates", General Konashenkov said.

"Should we believe that militants from the Islamic State, Jabhat al-Nusra, and Jaish al-Fatah, who equally enjoy cutting the throats of their prisoners, are also 'opposition', albeit a bit less moderate? We are waiting for Mr. Stevens' reply," he went on to say.

Konashenkov added that he could not understand why a US diplomat in Moscow makes  statements on behalf of the State Department based on fake reports.