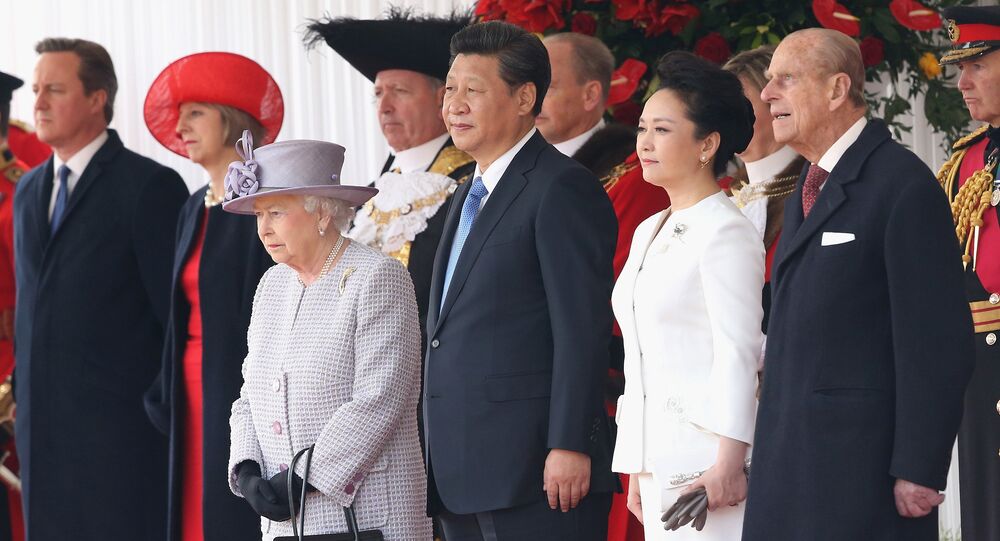 President Xi Jinping said Tuesday that he was "deeply impressed" with China's bilateral ties with the United Kingdom, during his address to the British parliament.

LONDON (Sputnik) – Xi, who landed in London late on Monday to start the first high-level state visit to the United Kingdom in a decade, said that his impressions give "good reason" to believe that the countries' bilateral relations could reach "a new height."

"Although my visit has just started, I am already deeply impressed by the vitality of China-UK relations and the profound friendship between our peoples," Xi said.

© AP Photo / Alastair Grant
Three's a Crowd: China Hacking Claims Raise Questions of UK-US Relations
The Chinese president lauded the United Kingdom, which is currently vying for greater economic cooperation with China, for leading the world in off-shore trading in the Chinese national currency, the yuan, and being the first to apply to be a founding member of its Asian Infrastructure Investment Bank (AIIB).

"It is fair to say that China and the UK are increasingly interdependent and becoming a community of shared interests," Xi said.

After addressing both houses of the British parliament, the Chinese leader is expected to attend a UK-China business summit and visit several UK educational institutions, as well as businesses, including the Chinese-based Huawei Technologies, and Britain’s Inmarsat satellite enterprise.