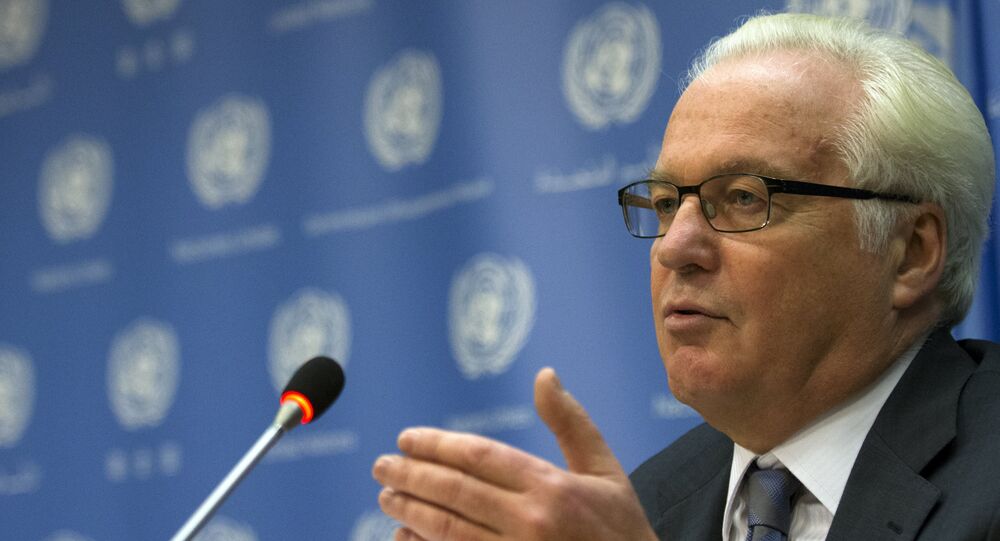 Russia Calls for Both Sides to Stand Down in Jerusalem Violence

Russian Permanent Representative to the United Nations Vitaly Churkin said that Russia calls for both sides of Jerusalem conflict to stop the violence.

"Of key importance is the normalization of the situation around the holy sites in East Jerusalem, equally revered by Jews, Muslims and Christians," Churkin said at the UN Security Council meeting.

© East News / AP Photo/Nasser Shiyoukhi
Israel Sees Direct Negotiations With Palestine the Only Way to Settle Conflict
Churkin expressed confidence that the decades-long tensions surrounding the holy sites were not indefinite and had a "mutually acceptable solution."

"It can be possible only through discussing the Jerusalem problem within the framework of negotiations on all issues of the final status of Palestinian territories," he stressed.

Churkin reiterated Russia’s calls for both sides to stop the violence and return to calm in light of the deaths of seven Israelis and nearly 40 Palestinians and Israeli Arabs in attacks this month.