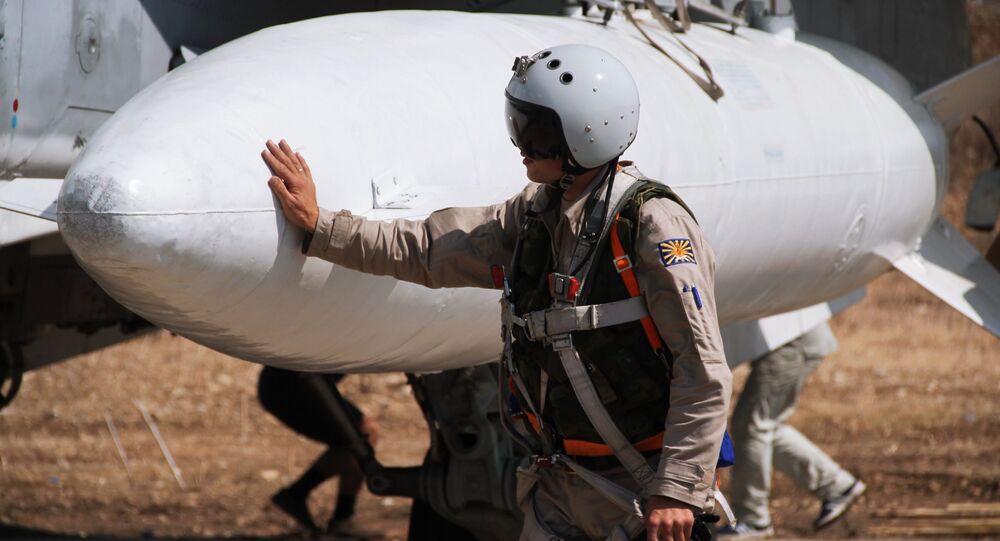 Donald Trump believes it's a "positive thing" that Russia is conducting airstrikes against the Islamic State in Syria.

WASHINGTON (Sputnik) — Airstrikes against the Islamic State (IS) carried out by Russian forces in Syria is a positive development, US presidential hopeful Donald Trump said on Tuesday.

"Now they [Russia] are supposedly hitting ISIS [Islamic State], which is a positive thing," Trump said on CNN's “New Day” morning news program. “They want to knock out ISIS because they do not want them coming into Russia.”

© REUTERS / Brendan McDermid
Trump: Mid East Could Be Safer With Hussein, Gaddafi, Stronger Assad
According to the US embassy in Moscow, President Putin and his US counterpart Barack Obama have common interests in the fight against the IS in Syria and have agreed to create a communication channel between the countries’ military branches to avoid misunderstandings during operations in the area.

On September 30, Russia started precision airstrikes on IS targets in Syria, following a request from Syrian President Bashar Assad.

On Monday, Russian combat aircraft carried out 15 sorties in Syria, striking 10 IS targets in various parts of the country, according to the Russian Defense Ministry.