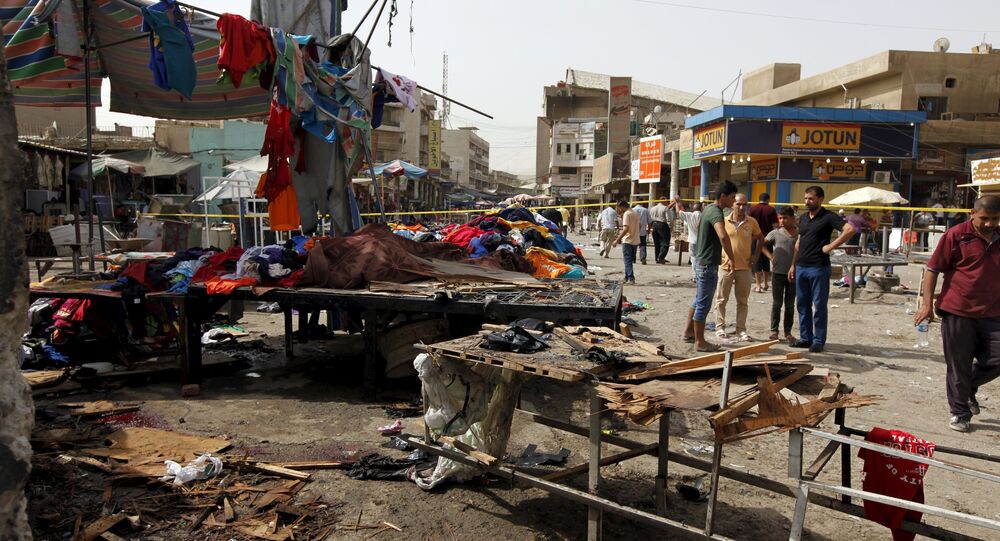 US Providing Iraq $534Mln in Humanitarian Aid Since 2014 - State Department

The United States has given an extra $56 million to Iraq in humanitarian aid amounting to $534 million since the start of Fiscal Year 2014, the State Department said in a release on Wednesday.

WASHINGTON (Sputnik) — In June 2015, the United Nations launched a $498 million appeal for the "highest priority needs" in Iraq for July through December 2015.

© AP Photo / Vadim Ghirda
'Out of Control Empire': Why Do US Bombs Keep Falling in Places Where Obama 'Ended Two Wars?'

"[N]ew funding brings total US humanitarian assistance for the Iraq humanitarian response to nearly $534 million since the start of Fiscal Year 2014," the release read.

On Wednesday, the State Department announced it would give more than $56 million in further humanitarian assistance to Iraqis affected by violence and in need of help.

More than three million Iraqis have been displaced due to conflict since January 2014 and neighboring countries have begun taking care of nearly 370,000 refugees from the country, the State Department noted.

"The United States is extremely concerned that there has not been a more robust response to this appeal from other international donors. Despite US contributions, only 40 percent of the necessary funds for the most critical needs have been committed," the release pointed out.