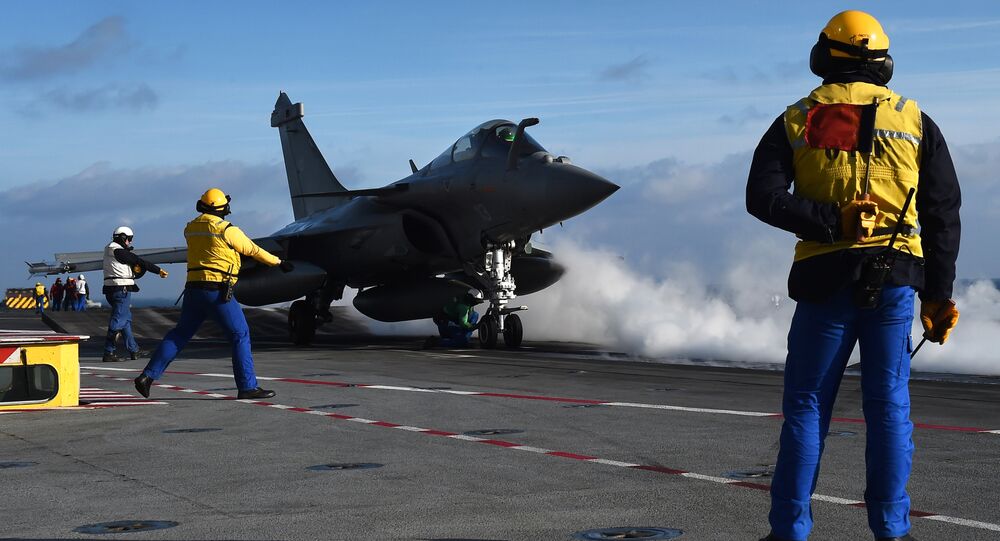 On Saturday, France launched a campaign of airstrikes against the Islamic State in Syria. Commenting on the effort, Russian Foreign Ministry spokeswoman Maria Zakharova pondered what kind of conception of 'self-defense' would drive one country to carry out an operation to bomb another without that country's explicit permission.

Earlier, Prime Minister Manuel Valls was cited by French media as saying that Paris's bombing campaign constitutes self-defense. "We are acting in self-defense," Valls noted, according to Reuters.

In a post on her Facebook page, Zakharova pondered that "it would be nice to know more about this concept of self-defense, in the form of air strikes [on the territory of Syria,] a state which did not attack anyone, and without its consent, and about this concept's compliance with international law."

© Flickr / U.S. Department of Defense
Coalition Against ISIL Looks More Like a Demonstration - Moscow
The spokeswoman referred to the fact that in its air campaign against ISIL, the Western coalition never once found the need to consult with Syria's legitimate government, and on the contrary, has repeatedly declared that the elected government of Bashar Assad cannot be part of Syria's future.

Zakharova noted that she found it entertaining that "the referendum in Crimea is called an annexation, but air strikes conducted without the approval of the Security Council or of the receiving side is self-defense."

The spokeswoman emphasized that while "it's clear that the Islamic State is a threat to the entire world," first two questions must be answered: "First, who was it that created ISIL? And second, on what basis are you acting on the territory of a sovereign state, bypassing a legitimate government which not only does not support, but is selflessly fighting against ISIL?"

Coalition Against ISIL Looks More Like a Demonstration - Moscow