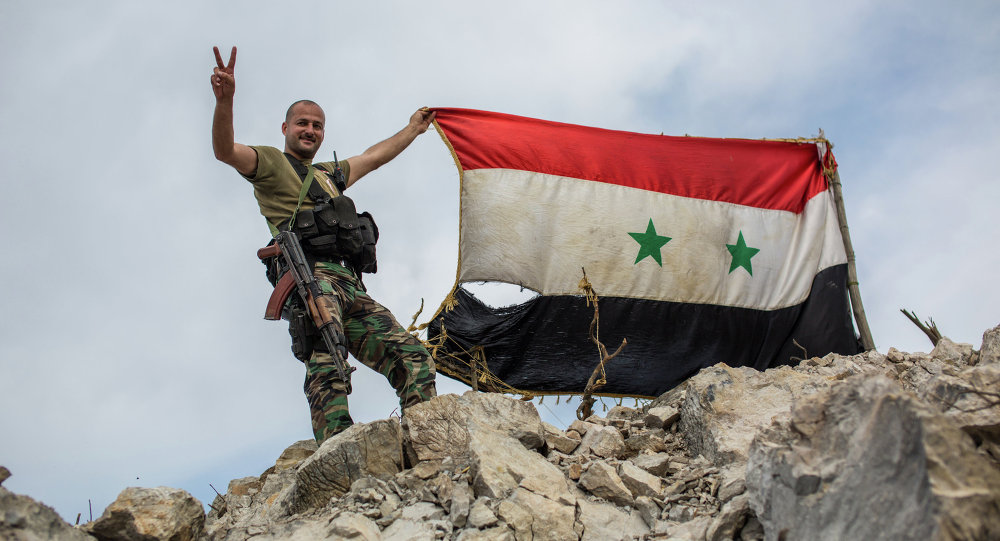 Presence of Russian servicemen in Syria is tied to the deliveries of weapons to the Syrian government army, Russian Foreign Minister Sergei Lavrov said Thursday.

MOSCOW (Sputnik) – Earlier on Thursday, it was reported by Russian newspaper Kommersant that Moscow supplies Syrian government forces with firearms, grenade launchers and armored personnel carriers as the country is struggling with radical ISIL militants.

"There are Russian military personnel in Syria, they have been there for several years. Their presence is tied to the deliveries of arms for the Syrian Army that is taking the brunt in the fight against terrorism from the Islamic State and other extremist groups, so Russian military personnel are there in order to help the Syrians master the equipment and prepare it for use in the anti-terrorist fight," Lavrov said at a press conference in Moscow.

© Sputnik / Valeriy Melnikov
Kremlin: Russia Helps Assad Because Only Syrian Army Can Defeat ISIL
Meanwhile, Kremlin spokesman Dmitry Peskov said that Russia is providing aid to the Syrian army because it believes this is the only force capable of confronting the Islamic State.

On Wednesday, Russian Foreign Ministry spokeswoman Maria Zakharova stressed that Russian military specialists deployed in Syria were not participating in military operations in the conflict-torn country and were limited to an "advisory role."

Statements made by the United States regarding Russia's support to Syrian President Bashar Assad is allegedly strengthening ISIL are backward logic and a big mistake, Lavrov emphasized.

"[US Secretary of State John Kerry] has also made a strange suggestion that support of Bashar Assad in the anti-terrorist fight is only strengthening ISIL positions, because ISIL sponsors will provide this organization in response with more weaponry, money and everything needed for fulfilling its sinister plans. This is backward logic and another attempt to help those who are using terrorists in fighting against undesirable regimes. I think this is a big mistake," Lavrov said.

The foreign minister added that Russian aircraft delivered to Syria "both military equipment in accordance with the existing contracts, and humanitarian aid."

The statement comes two days after Bulgaria said it had banned Russian military aircraft carrying humanitarian aid to Syria from entering Bulgarian airspace citing concerns over "the purpose of the flights and the cargo."