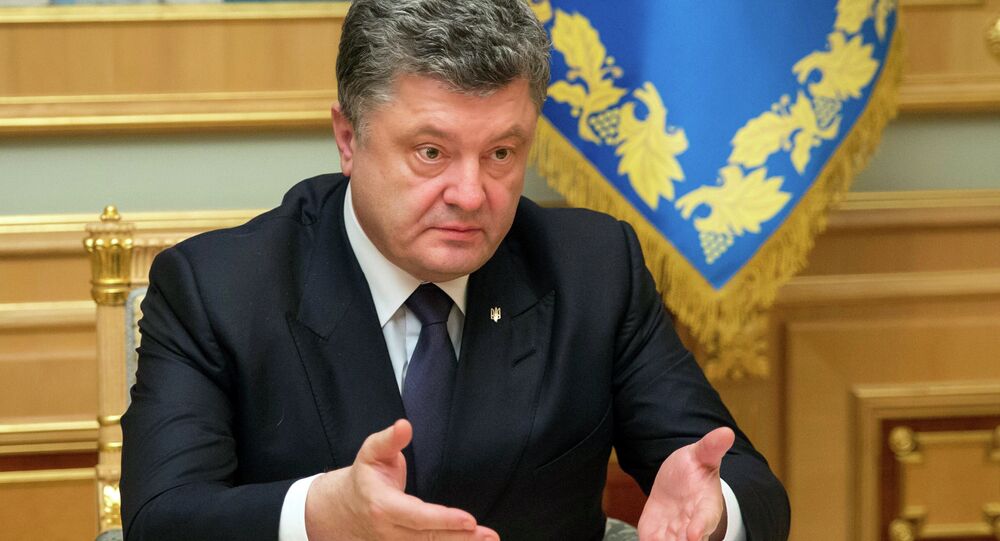 Ukrainian President Petro Poroshenko has signed a law on local elections, the presidential administration said on its Twitter account Thursday.

KIEV (Sputnik) – It is also said that the new electoral system, which has never been used in Ukraine before, will be used on the coming elections.

“If during the elections, the candidates do not gain 50% + 1, a second round will be held,” according to the Tweet, citing Presidential Administration Deputy Head Vitaliy Kovalchuk.

“The president has signed the law on local elections,” Kovalchuk said.

© Sputnik / Alexey Kudenko
Poroshenko: Kiev to Talk With 'Ukrainian' Donbass Only After Local Election
According to Kovalchuk, the current overall number of 220,000 Ukraine’s lawmakers will be reduced by at least 30 percent. Moreover, it is planned that prospective members to local councils will have to cross a 5-percent electoral threshold, instead of the earlier established 3 percent.

Local elections for mayor and regional heads in the southeastern Ukrainian self-proclaimed Lugansk People’s Republic (LPR) are slated for November 1, according to LPR leader Igor Plotnitsky. In compliance with LPR law, only a person who has resided in the east Ukraine’s self-proclaimed republic for at least 10 years is eligible to become a LPR head.