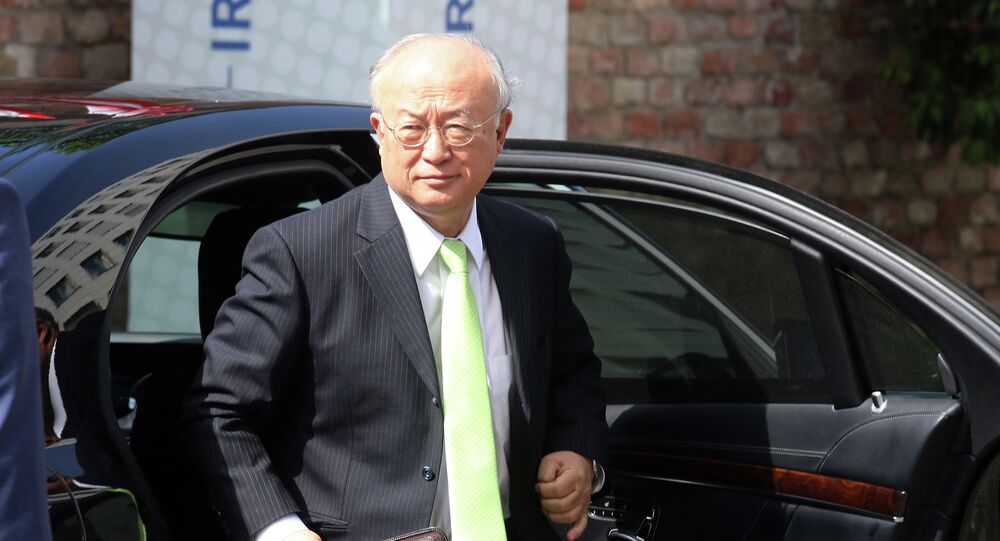 “I cannot talk about that, because this is the confidential part,” Amano said of IAEA inspections of the Parchin facility.

© REUTERS / Heinz-Peter Bader
IAEA Director to Discuss Iran Nuclear Deal With US Congress Next Week
Amano continued, “At stake is the credibility of the IAEA [and the] cornerstone of the safeguard, which is why we cannot share the confidential information.”

After the July 14, 2015 comprehensive nuclear agreement was signed between Iran and the P5+1 group of countries, Tehran and the IAEA reached a separate “roadmap” agreement to improve IAEA access and information about possible military dimensions of the country’s nuclear program.

The United States has previously raised concerns about the Parchin military facility, alleging there was evidence the site was being used to develop a key component for a nuclear weapon delivery system.