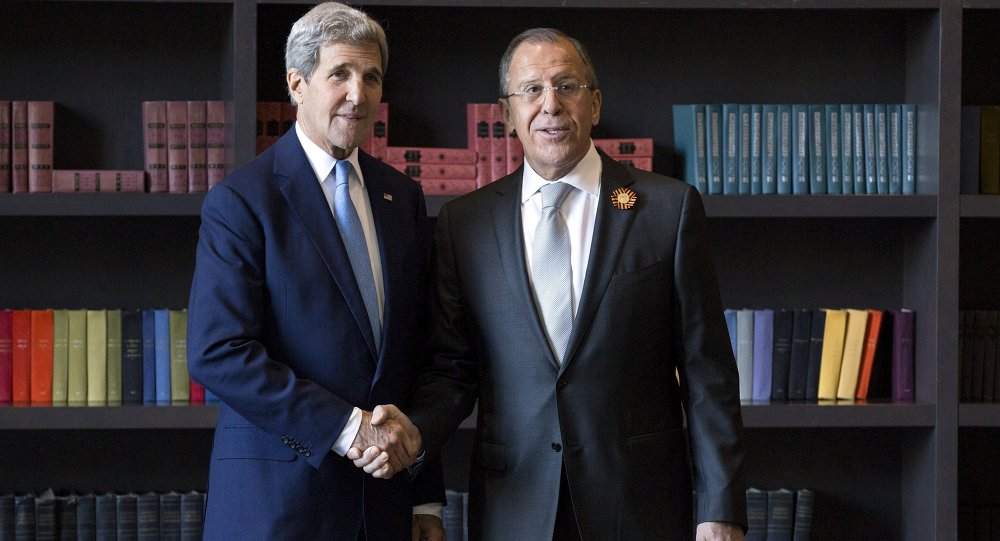 US Secretary of State John Kerry announced on Friday that he will be discussing the situation in Syria with Russia’s Foreign Minister Sergei Lavrov in the Qatari capital of Doha.

WASHINGTON (Sputnik) — John Kerry said at the Council on Foreign Relations on Friday:

“I will be meeting with foreign minister Lavrov in Doha and we hope to be following up on thoughts we have shared and are working on about Syria.”

Kerry mentioned earlier in July that on August 3 he would meet the representatives of the Gulf Cooperation Council in Doha.

Syria has been in the state of a civil war since a 2011 political collapse. Government forces have been fighting on multiple fronts against a moderate opposition and numerous extremist insurgent groups, including the Islamic State and Nusra Front.

Moscow has held two rounds of peace talks with members of the Syrian government and some opposition leaders.

Earlier in July, US President Barack Obama stated that the problems in Syria will not be solved without Russia, Iran, Turkey and US partners playing a role.

According to the Syrian Observatory for Human Rights, the Syrian civil war death toll has reached 320,000. The United Nations estimates the number to be more than 220,000 victims, including civilians, rebels and government forces.

Displaced and refugee populations in the country have reached more than 12 million people, according to both organizations.