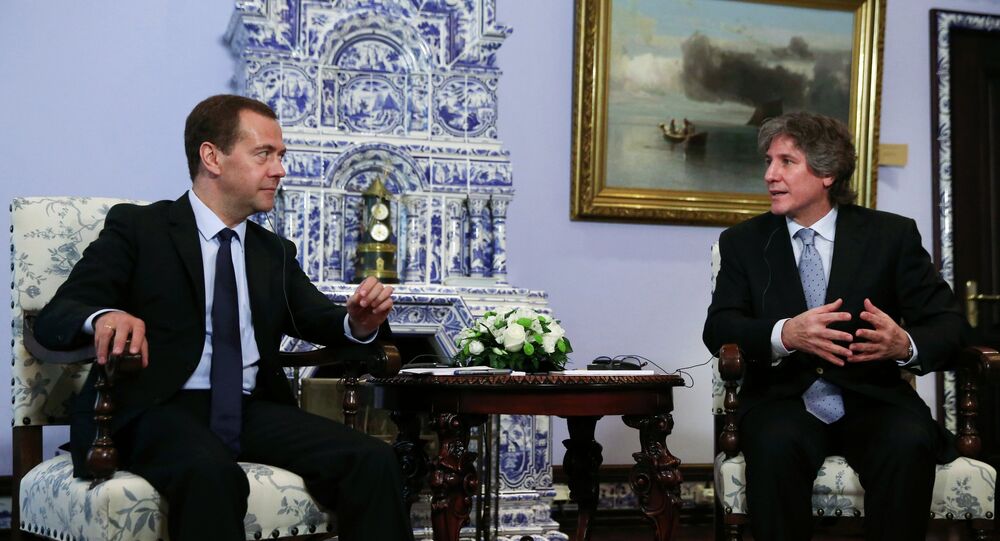 MOSCOW (Sputnik) — Boudou said at a plenary session in the Russia's Federation Council that Western sanctions against Russia, which had not been backed by the UN, were "absurd and unjust."

"With continued existence of double standards, it is impossible to build an international society… the Russian people are often faced with such an attitude. This is shown by the absurd and unjust economic sanctions unilaterally imposed [by the West] in circumvention of the United Nations," Boudou said.

© Sputnik /
BRICS May Create Unbiased Credit Rating Agency
Relations between Russia and the West deteriorated over the ongoing Ukraine conflict. The European Union, the United States and a number of their allies introduced several rounds of sanctions against Russia in 2014, accusing Moscow of its alleged involvement in the conflict, a claim the Kremlin has repeatedly denied.

Boudou also refuted the influence of international rating agencies on the global economy, noting that they were "the source and transfer mechanism of the crisis" that had begun in 2008.

Russia’s rating has been lowered several times in recent months. The three major credit ratings agencies — Fitch, Moody’s and Standard & Poor’s – downgraded their investment ratings of Russia after sanctions had been imposed on Moscow.

Renaissance of Russia's Influence Thanks to Putin - Argentinian Newspaper