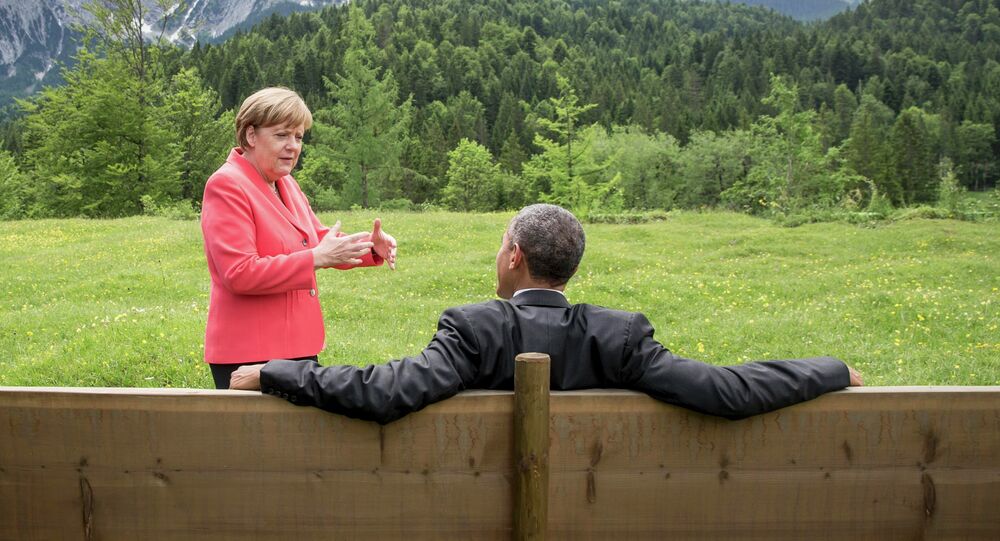 US President Barack Obama and German Chancellor Angela Merkel agreed in a phone conversation on Tuesday that is in the interest of all if an agreement is reached to allow Greece to remain in the Eurozone, the White House said in a statement.

WASHINGTON (Sputnik) — Earlier on Tuesday, a Eurogroup meeting was convened in Brussels to discuss solutions to settle the Greek debt crisis. A Eurozone emergency summit on Greece has begun in Brussels and is ongoing.

“The President and German Chancellor Angela Merkel… agreed it is in everyone’s interest to reach a durable agreement that will allow Greece to resume reforms, return to growth and achieve debt sustainability within the Eurozone,” the statement read.

The meetings followed Sunday's referendum when over 61 percent of the Greek public voted "no" on whether or not the country should accept creditor demands for spending cuts and tax increases in exchange for another loan.

White House Press Secretary Josh Earnest confirmed on Tuesday that the United States hopes for an agreement to keep Greece in the Eurozone.

“The conversations reflected the view that I articulated yesterday, which is that all parties continued to acknowledge that it’s in their collective and mutual interest for Greece to remain part of the Eurozone,” Earnest stated in a briefing.