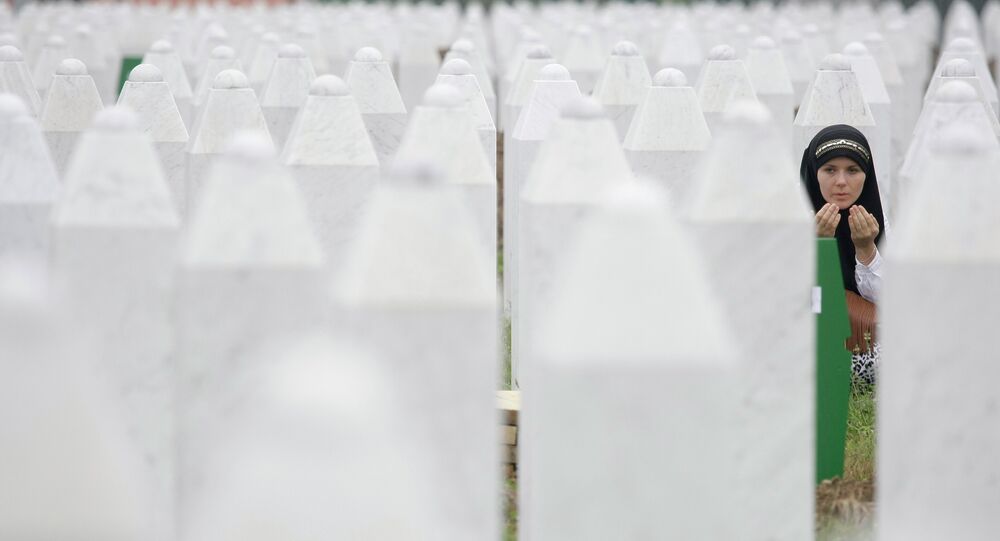 The president of Republika Srpska (Bosnia and Herzegovina) asked Russia to veto a British resolution on the Srebrenica massacre.

BELGRADE (Sputnik) — The Bosnian Serbs are asking Russia to veto the adoption of the UK initiated resolution on the events in Srebrenica in the UN Security Council, president of the Republika Srpska (Bosnia and Herzegovina) Milorad Dodik said Sunday.

"Of course, we ask Russia to veto [the British resolution] because that is directed towards the truth," Dodik told reporters.

According to Dodik, the Britain proposed the draft of the resolution in the attempt to "clean its conscience" for all its negative influence around the world, but it will only "pin the label of genocide on the unborn Serbian children" and bring to the disintegration of Bosnia and Herzegovina.

"Those who once destroyed Yugoslavia are now trying to destroy the Republika Srpska", Dodik said.

The draft resolution is expected to be considered by the UN Security Council on July 7, on the occasion on the 20th anniversary of the killings in the Bosnian town of Srebrenica committed by the Army of Republika Srpska on July 11, 1995.