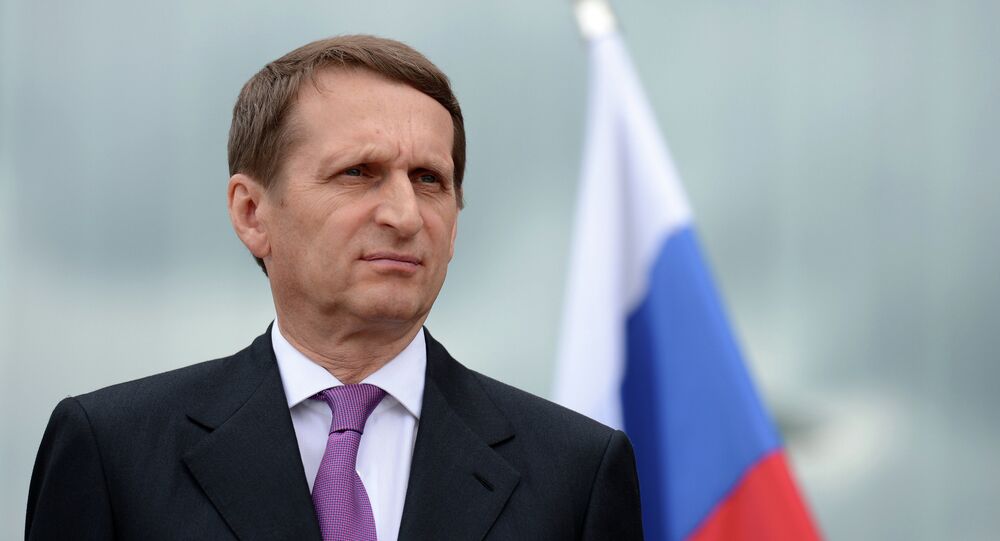 The Finnish government made a decision to deny Russian lawmakers entry visas only after consultations with almost all the EU member states, president of the Parliamentary Assembly (PA) of the Organization for Security and Co-Operation in Europe (OSCE), Ilkka Kanerva said Sunday.

HELSINKI (Sputnik), Svetlana Alexandrova — Finnish authorities denied on Wednesday travel visas to several members of the Russian delegation set to participate in a meeting of the OSCE PA in Helsinki, including Russian Parliament Speaker Sergei Naryshkin, who is on the EU travel ban list of persons.

In response, the Russian delegation decided to completely refrain from participating in the summer session of the OSCE Parliamentary Assembly.

“The decision… was made after Finland has made notification to almost every single EU country if Finland should allow the blacklist people to enter… Member countries of the EU, they didn't want to accept it and Finland was obliged to take this decision. The decision was not made by us,” Kanerva said at the Standing Committee of the OSCE Parliamentary Assembly.

The Organization for Security and Co-operation in Europe Parliamentary Assembly (OSCE PA) needs to address the European Union so that parliamentarians from all member countries are allowed to freely take part in the organization's sessions, OSCE PA president Ilkka Kanerva said Sunday.

"We need to address the EU to reconsider the rules so the OSCE PA can continue promote a political dialogue and mutual contacts… So that parliamentarians can get together from every member country free," Kanerva said.

The parliamentarians will decide on whether to discuss two resolutions proposed by Russia, including one on the impossibility of imposing sanctions on parliamentarians, drafted by Sergei Naryshkin.

In response to the travel ban move by Finland that Moscow considered openly unfriendly, the Russian delegation decided to refrain from participating in the summer session.

Kanerva also said that "parliamentarians don't belong to the blacklists because they have the mandate granted by their own people."

© Photo : OSCE/Mikhail Evstafiev
OSCE Parliamentary Session Opens With Deliberation on Russia-Proposed Resolutions
The European Union, the United States and a number of other countries imposed several rounds of anti-Russia sanctions accusing Moscow of alleged involvement in the Ukrainian crisis. Entry bans for several Russian individuals were part of the restrictions.

The delegations of Cyprus, Armenia, France, the Netherlands, Germany and Belarus, as well as a number of other delegations, expressed regret that Russian parliamentarians were not able to participate in the session, stressing that it diminished the credibility of the OSCE as an international organization.

Finland has violated international law by denying visas to a number of Russian lawmakers who wanted to participate in the OSCE PA session, the only Russian delegate who arrived in Helsinki said Sunday.

“This is the gross violation of the international law. The Russian delegation was denied participation in the respected forum,” Nikolay Kovalev said during the standing committee meeting.

Kovalev stressed that after the meeting, he will fly back to Moscow, refusing to participate in the session.

Meanwhile, a member of the US delegation told Sputnik that Russia should have sent delegates that were not on the list of banned individuals.

"It is important for Russia to be here but unfortunately they decided not to send the delegation… The Finnish government made a right decision."