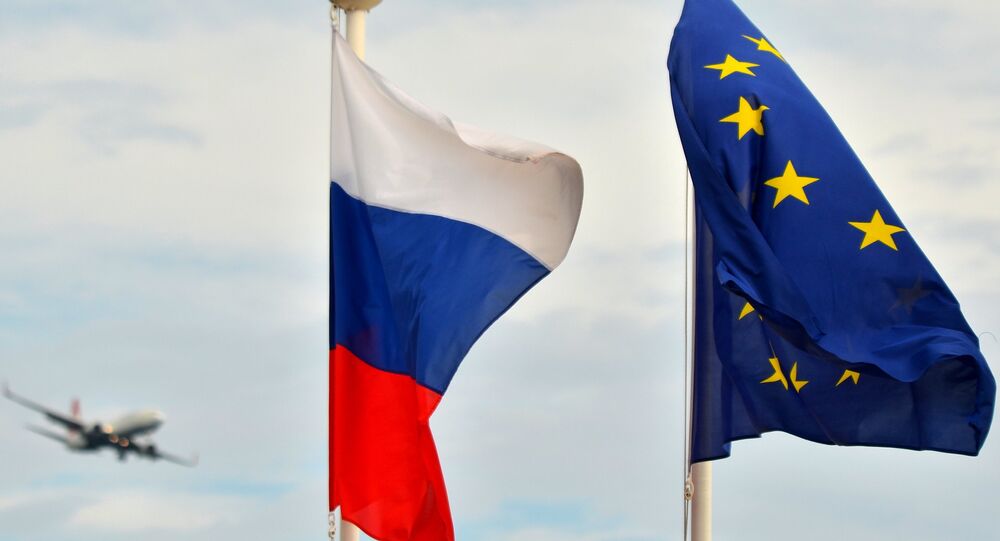 Anti-Russian sanctions extended by the European Union over the ongoing conflict in Ukraine on Monday will remain unproductive, President of Athens Institute for Education and Research Gregory Papanikos told Sputnik on Tuesday.

On Monday, EU foreign ministers extended the sanctions against Russia until January 31, 2016.

Papanikos stressed the sanctions will impose an additional economic cost on EU-Russian trade.

“I am emphasizing the word additional, because international trade between EU and Russia will continue but at a cost. And this will be detrimental for both Russian and EU people,” he explained.

On June 19, a study by the Austrian Institute of Economic Research revealed the European Union could lose up to 100 billion euros ($114 billion) due to the anti-Russian sanctions if things remain unchanged. Besides, according to the calculations, current political situation can also affect over 2 million EU jobs because of the declining exports.

“There is no question that the economic impact will be negative for both Russia and EU. But this relates very much on the enforcement of economic sanctions and of course their duration…EU should scrap economic sanctions because they do not work from a political point of view.”

Papanikos added that the extension of sanctions will have an impact on the EU-Russia relations, although only for a short-term.

“There is no question that the short-term EU-Russia relations will deteriorate, but over the long run these will come back to a more stable level.”

Despite Russia’s economy being put under pressure by the sanctions' regime, Russian Finance Minister Anton Siluanov said last month that foreign investors were beginning to return to the Russian market as they had started to discern a stabilization in the economic climate.

The expert believes that Russia's impact on the world’s public opinion about the conflict in Ukraine is currently very weak.

“The message has not come across to many people in the EU countries that the crisis [in Ukraine] was spearheaded by a Nazi paramilitary group. Instead the message that has come across the world is that this is a conflict between Russia and Ukraine…My personal opinion is that Russia had an initial ethical advantage over the Ukraine issue which did not translate into any international support. On the contrary, if there is any international pressure this favors the EU-US position rather than the Russian one.”

Since 2014, the European Union and its allies imposed several rounds of sanctions against Russia for its alleged role in the Ukrainian crisis. The sanctions targeted Moscow’s defense, energy and banking sectors, as well as several individuals.

Moscow has repeatedly denied the allegations, stressing that the concept of sanctions is counterproductive.

In response to the restrictive measures, Moscow imposed a year-long food import embargo against the countries that imposed the sanctions.

Sevastopol Governor Claims Crimean Businesses Have No Fear of Sanctions