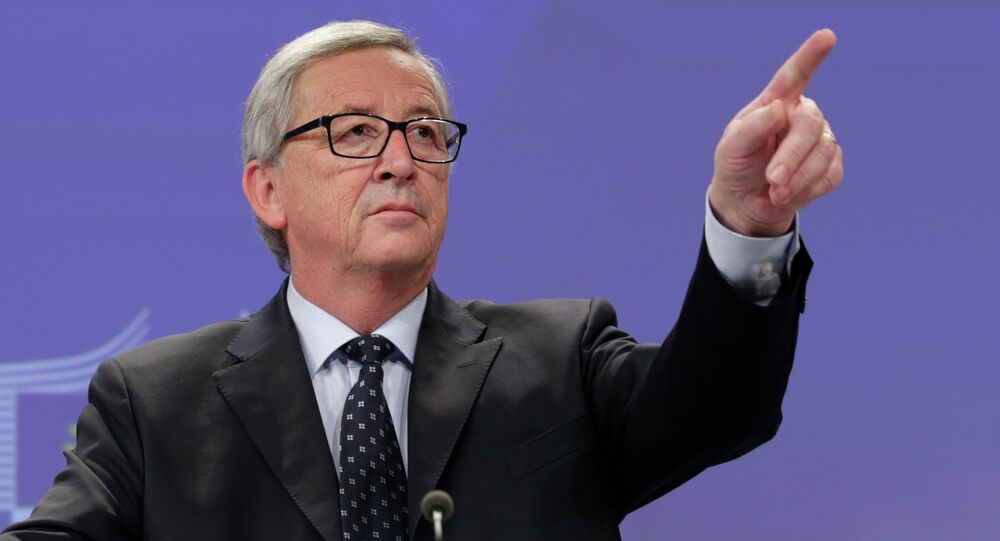 Greece and its money lenders did not discuss the issue of cutting the massive Greek debt, European Commission President Jean-Claude Juncker said at a press briefing late Monday.

MOSCOW (Sputnik) — Juncker was speaking on the heels of the EU emergency summit in Brussels that was convened by European Council President Donald Tusk after last Thursday’s meeting on Greece's reform plan failed.

"This is not the time to discuss that issue," Juncker said in response to a journalist’s question on whether the issue of debt relief was discussed, as the Greek government clearly wanted this.

The left-wing Greek government earlier proposed to put the issue of cutting the nation’s huge debt burden on the agenda for negotiations that will take place in coming months.

"I’m convinced that we will come to a final agreement in the course of this week," Juncker said, noting that Greece’s proposals came with a delay.

The Eurogroup is due to meet again in Brussels on Thursday to discuss a final agreement on the Greek debt crisis settlement. The current arrangement between Greece and three major money lenders expires on June 30.

Majority of French Citizens Want Greece to Stay in Euro