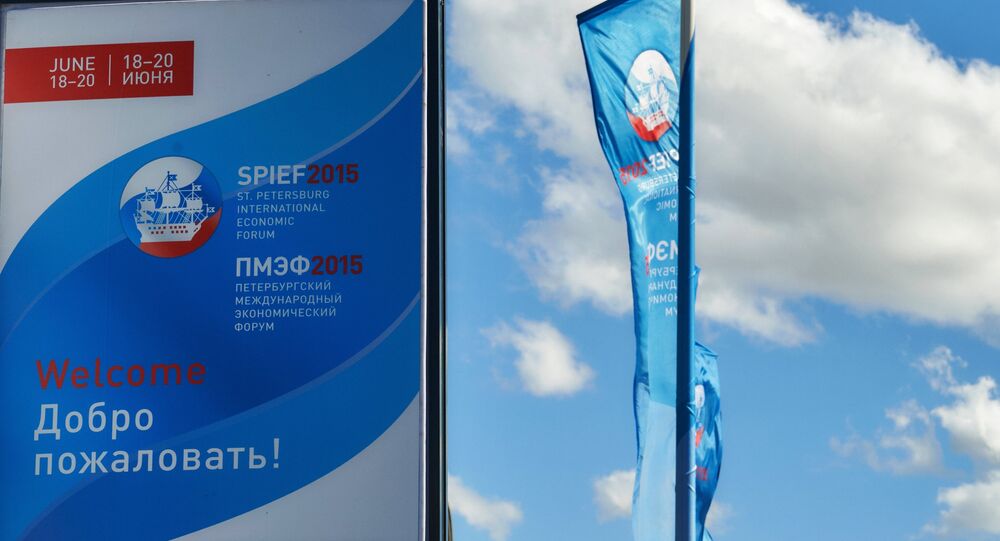 Macedonia has recently become engulfed in protests as the opposition blames the government of Prime Minister Nikola Gruevski for the country's social and economic problems, calling for his resignation.

Earlier on Friday, Tsipras had a meeting with Russian President Vladimir Putin. According to Kremlin spokesman Dmitry Peskov, the two leaders discussed food deliveries that fell outside the embargo on certain food imports, imposed by Russia on the countries that had introduced sanctions against it in 2014.

The St. Petersburg forum, running on June 18-20, gathers top officials, including state and government leaders, as well as the heads of largest companies and prominent economic experts from around the globe.