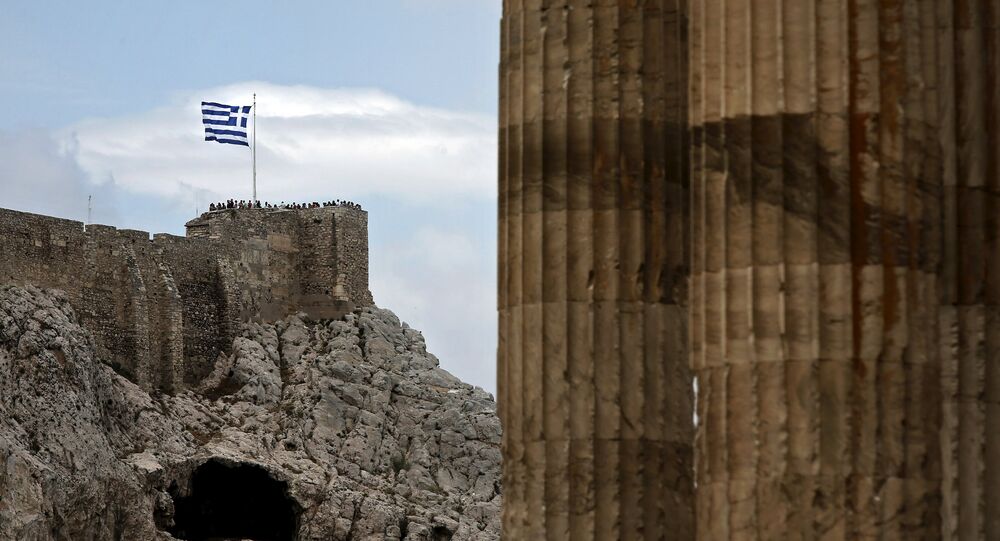 International creditors offered Greece an extension of its bailout package until late March 2016, the Wall Street Journal learned from three people familiar with negotiations on Monday.

MOSCOW (Sputnik) — Greek, European Commission and Eurogroup leaders met last Wednesday in Brussels to discuss a possible compromise on Athens' refusal to implement strenuous reforms in exchange for additional aid. The bailout talks stumbled, but the European Commission said in a follow-up statement the sides were due to meet again.

© AP Photo
Greek Crisis: Confusion Reigns as Franco-German Comments Expose Cracks
"What we offered would mean that Greece is fully financed until March 2016," the outlet cites one of the individuals, adding that the sum in question amounted to 10.9 billion euros ($12.2 billion).

Athens in teetering on the brink of a default in light of Tsipras' campaign pledge to reject austerity in exchange for the Eurozone's, European Central Bank's and the International Monetary Fund's loans.

Greece's national debt is estimated to stand at nearly $350 billion.